The traffic signal system is still being operated manually in the capital though digitalisation has touched every sector of the country to ease public sufferings.

The government installed digital traffic signals at the city intersections at a cost of huge money, but all have gone in vain due to lack of the technically-skilled manpower and proper management, sources said.

“It’s a shame for us that our traffic signals are being operated with hands in the digital era. Our children read in the books that when a traffic signal turns red we have to stop and when it is green we have to move. But, they did not see the application on the roads,” said Dr Asif Raihan, assistant professor of the Accident Research Institute at BUET.

The expert underscored the need for conducting a comprehensive study on the traffic volume at every intersection for the proper management and increasing institutional capacity and cooperation from others in activating the digital signal.

Officials of the traffic division at Dhaka Metropolitan Police (DMP), however, said they cannot run traffic signals digitally due to various problems, including lack of skilled manpower and central traffic monitoring system.

Talking to the Daily Sun, DMP Additional Commissioner Abdur Razzak said, “Recently, the finance division of the government has given a clearance to appoint manpower for a technical team for the maintenance of the traffic system.”

He also said a technical team comprising 58 officials would be formed at the DMP for monitoring and management of the traffic system.

“The technical team will start their function soon after the home ministry will formulate a guideline on activities of the team,” he added.

Seeking anonymity, a top official of Dhaka Transport Coordination Authority (DTCA), said, “Apparently, it is unlikely that we will see the traffic signals functional in the near future as the last project for activation of the traffic signals, “Intelligence Traffic System” (ITS) at four intersections doesn’t see much headway owing to many difficulties.”

He also said the traffic signals of ITS project at Mohkhali, Fulbaria, Paltan, Gulshan-1 could not be launched properly due to BRT, MRT lines. Besides, the server of Gulshan-1 traffic signal was stolen.

Sources said that in 1981 there were only 15 signalised intersections and another 15 were proposed in the Integrated Urban Development Plan. Prior to 1977, the RAJUK was responsible for signal installation and control.

In the early 1980s, control of signal was transferred to Police Traffic Division with RHD engineers assigned to help. This experiment lasted only a year before signals were reassigned to Dhaka city corporations.

A DSCC engineer, wishing anonymity, said there are no guidelines or manuals for signal operation and maintenance. Cities like Delhi, Bandung and Phuket use advance system such as Area Traffic Control System. Traffic is monitored and timing for signals is fixed from the central control rooms. Police just follow instructions of the control room.”

He also said, “In Dhaka city the signals are isolated, fixed time and manual control system. Under the CASE pre-timed signalling was launched, but police were forced to stop the timing because traffic volumes vary time to time.”

Officials of both city corporations said the government has decided to hand over the maintenance and management to police due to a shortage of manpower at traffic engineering department.

DTCA sources said two control rooms for traffic and signal management would be set up at DMP headquarters from the Intelligence Traffic System project.

“I hope with our joint efforts we will see the traffic signals at all intersections functional.”

Projects for the traffic signals

In 2004, the DCC installed four types of traffic signals at 59 intersections along the major corridors in Dhaka. A total of 160 million was cost to implement the project, Dhaka city corporation sources said.

They also said the government installed solar powered traffic signals at 64 intersections under the DSCC and the DNCC under the Clean Air and Sustainable Environment Project in 2015.

But, flaws were detected before the completion of the project in 2019 due to using low-quality materials in the signals. The city corporations refused to take charge of the signals.

DSCC sources said the signals were operated by the manpower of the project but after the end of the project they left with no skilled manpower to continue in both the city corporations.

Later, in the direction of the Prime Minister’s Office, a pre-timed countdown down system was introduced in the traffic signals.

In 2015, the DTCA took an initiative to introduce a new system called “Intelligence Traffic System” (ITC) to reduce traffic congestions.

It was supposed to be activated at Mohakhali, Gulshan, Paltan and Fulbaria intersections, but it did not see much headway because of many obstacles, sources said.

A new deadline of June 2021 was set for implementation of the project. 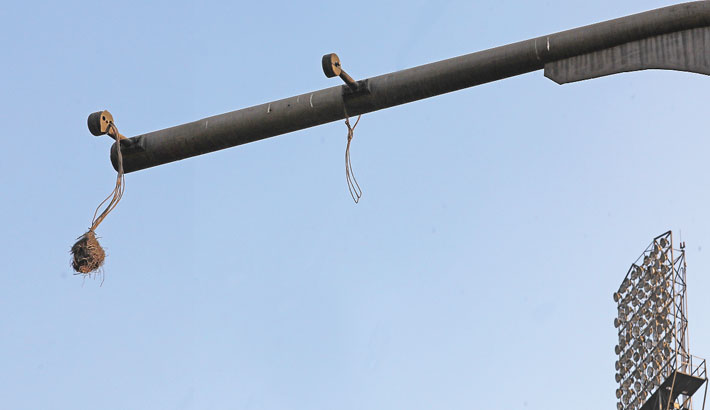 A bird builds nest on a traffic signal light 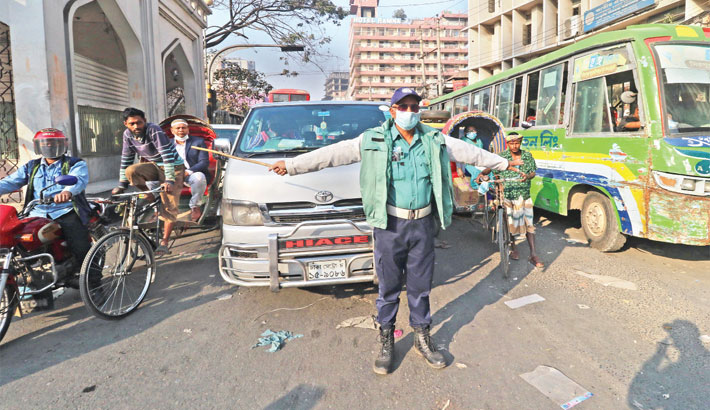 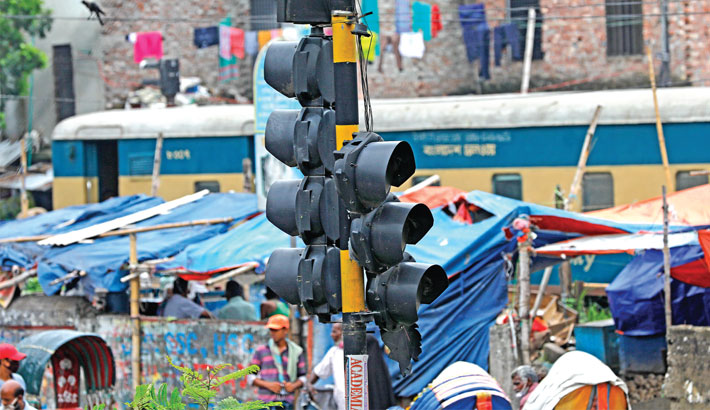 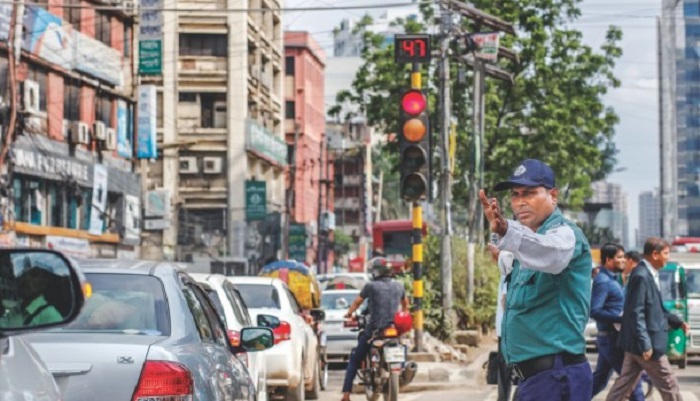 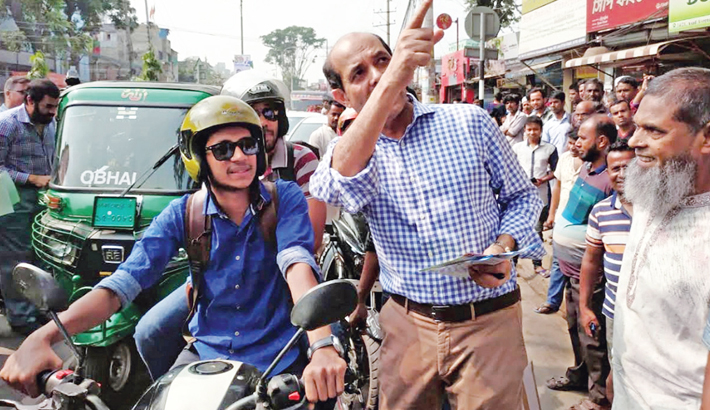 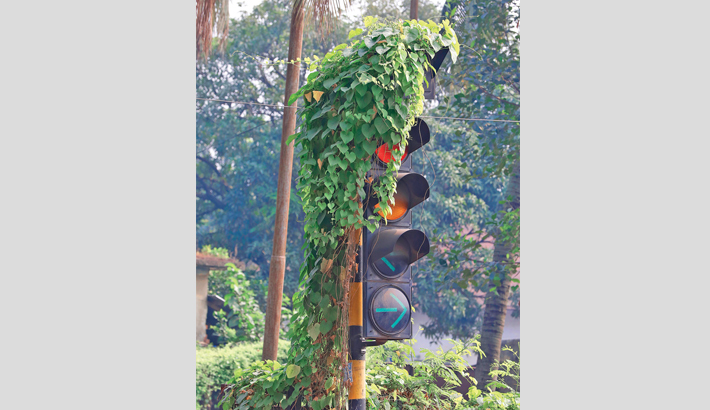 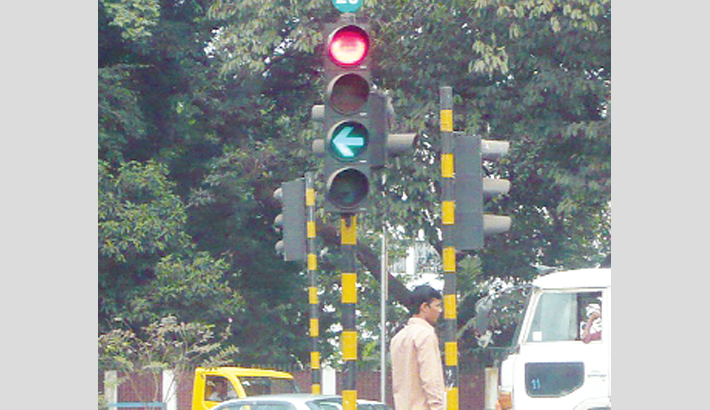