US welcomes agreements signed by India, Bangladesh to bolster ties 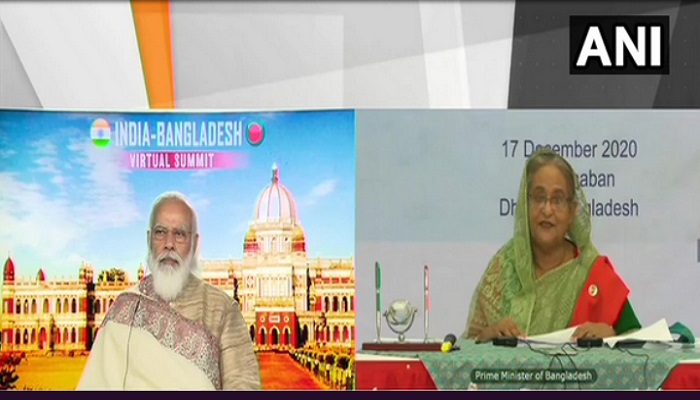 The United States on Friday (local time) lauded the recently signed agreements by India and Bangladesh to advance ties between their people and countries.

In a tweet, the State Department said, “Increased regional connectivity results in more trade, cultural exchange, and opportunities to collaborate on cross-border issues like environmental conservation.”

“Welcome news of Bangladesh and India’s recently signed agreements to advance ties between their people and countries,” the Department further said.

Prime Minister Narendra Modi and his Bangladesh counterpart Sheikh Hasina on Thursday held a virtual summit, during which they jointly inaugurated the Chilahati-Haldibari rail route, linking the two neighbouring countries.

According to a joint statement, both sides held comprehensive discussions on all aspects of bilateral relations and exchanged views on regional and international issues.

“Recognizing that terrorism remains a threat to global peace and security, both sides reiterated their strong commitment to eliminating terrorism in all its forms and manifestations,” read the statement.

PM Modi and Hasina expressed satisfaction over the current state of the bilateral relations based on “shared bonds of history, culture, language, and other unique commonalities that characterise the partnership”.

“They emphasised that relations between Bangladesh and India are based on fraternal ties and reflective of an all-encompassing partnership based on sovereignty, equality, trust and understanding that transcend a strategic partnership,” the statement read.

According to the joint statement, the two leaders welcomed the signing of the Framework of Understanding on Cooperation in the Hydrocarbon Sector, which would further augment energy linkages by streamlining investments, technology transfer, joint studies, training and promoting hydrocarbon connectivity.