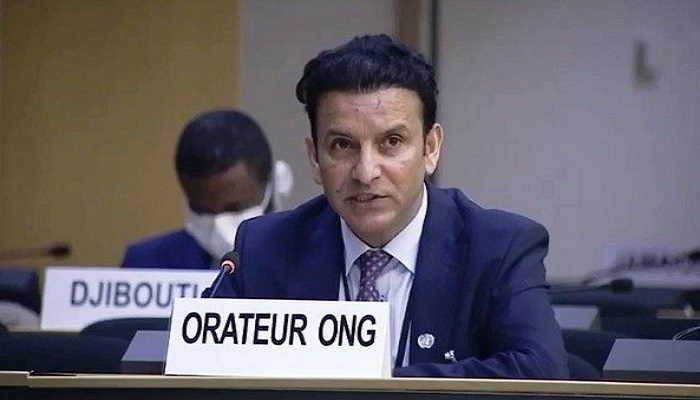 "This [EU Disinfo Lab] is a private NGO which has no relation with the European Parliament, European Commission or the European Union. The findings of this report were exaggeratedly presented in Pakistan, which was used by the country's Foreign Minister to claim that they had busted a huge scam," he said in an interview with Pakistan-occupied Kashmir (PoK) activist Dr Shabir Chaudhary.

Khan further mentioned that Pakistan has on several occasions presented such information which has no authenticity and connection with reality and diverts the attention of the people from pressing issues like price hikes, terrorism and unemployment.

Asserting that the report does not contain any credible information, the UKPNP spokesperson alleged that the party was targeted in the report for speaking out against the numerous unlawful activities in Pakistan and its peripheries.

"It is an open secret that the Pakistani administration is tightly controlling its media and press. Now their next step is to discredit those who are unearthing the wrong-doings of Pakistan on international platforms," he said.

Highlighting how Pakistan's Constitution states that PoK and Gilgit-Baltistan are not in the country's territories, Khan also spoke on against severe punishments suffered by several people who asked for their fundamental rights and a rule of law in the regions.

He said that it has repeatedly tried to keep India out of the United Nations, and added that a 'baseless' report from a private NGO cannot make a big difference.

He also pledged to continue raising the issue of unlawful activities of Pakistani administration.

Meanwhile, during the interview, Dr Chaudhary argued that UKPNP had no relation with the other organisations mentioned in the report.

Earlier this month, the UKPNP strongly condemned a report by EU Disinfo Lab, saying that the NGO is involved in malicious propaganda against regional countries by supporting Pakistan to further suppress voices against the numerous illegal activities of the Pakistani establishment.

The political party of Kashmir further accused the EU Disinfo Lab of giving biased, fictional and fabricated reports against India and other regional countries.