A quarter conspires to break unity of Army

There will be no gain by conspiracy, unity is very strong: Army Chief 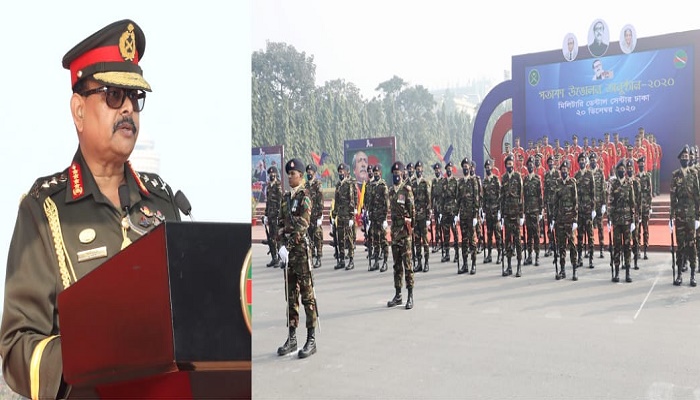 Chief of Army Staff General Aziz Ahmed on Sunday said a group is conspiring at home and abroad to break the unity of the army.

He said that the unity of the army was much stronger than at any time in the past. There will be no gain by conspiracy.

The army chief said this while attending the flag hoisting ceremony of the newly formed Military Dental Centre, Dhaka of the Bangladesh Army on Sunday morning.

General Aziz Ahmed said that the army has been performing its duties in the country and abroad with good reputation. He said those conspiring to tarnish the army's image would be brought to justice.

Chief of Army Staff said, “The evil group should understand that the Bangladesh Army is a much more mature, trained and professional army than in the past. It was not possible to create the slightest confusion even with the spread of so much propaganda and rumors.”

“I urge everyone to beware of all kinds of rumors and propaganda” he added.