Let Our Public Intellectuals Speak for Us Abroad 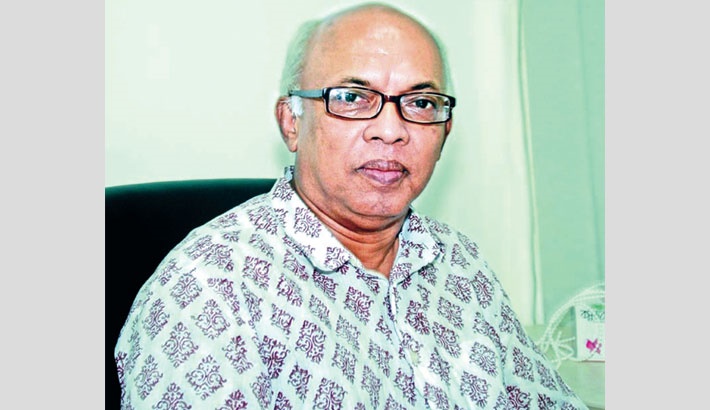 Bangladesh’s history needs to go out to the world. With the nation preparing to observe the fiftieth anniversary of independence next year, it is important that we reach out to the world beyond our frontiers --- to inform nations abroad of the defining circumstances which led us into the struggle for freedom as also the impediments we came up with in post-liberation times.

There is a vital need to re-educate, to enlighten once again the world with the chronicle of our political history. And then there is the heritage, the cultural narrative which certainly underpins that history. We have, here at home, focused extensively on the conditions which led, close to half a century ago, to freedom. But, of course, with history being a field of ceaseless research, there is ample scope for probing the reasons for our struggle, the hindrances we confronted in our long struggle for self-expression, the better to inform ourselves that studies related to Bangladesh are necessarily intellectual in dimension. These studies need to be part of the curricula in our educational institutions, the better to remind younger generations that the war for national freedom was comprehensive and encompassed the spontaneity which marked the exodus of the young, from our villages and small towns, for the battlefield.

And then there is the world out there, in need of fresh food for thought about the ethos of Bangladesh. Fifty years ago, Bangladesh was a leading subject of discussion in the world, a recipient of global sympathy and goodwill. The inspirational leadership of Bangabandhu Sheikh Mujibur Rahman was epic poetry narrated in the world’s capitals. The focused conduct of the war by the Mujibnagar government, with its remarkable achievements in having a wartime administration in place and shaping guerrilla strategy to combat the powerful and ferocious force that was the Pakistan army made the front pages of newspapers around the world fifty years ago.

Half a century on, Bangladesh needs to be projected before the world once more. The world needs to be reminded of the old struggle waged in 1971, together with the calamity, the series of it, which befell us in the years following liberation. The achievements we have made, the pitfalls we have been through, the subverting of the secular democratic process at the hands of communally-driven military regimes and quasi-military administrations as also the massive effort on our collective part to take the country back to its founding principles --- all of these call for projection in the world’s capitals. The images relating to Bangladesh’s history, both before and after 1971, will of course be a responsibility for the government in Dhaka and the nation’s diplomats abroad to hold forth. That is what citizens expect of them.

But then comes the more crucial point, which is that Bangladesh’s history and heritage have traditionally had their more eloquent votaries among its intellectual classes. That is, again, a facet of history all around the world, with individuals not being in power and not holding political and diplomatic power revealed to be people with the moral power to convey the stories of their nations to societies beyond their frontiers. For Bangladesh, for the government, it is therefore a point which ought not to be overlooked. Our public intellectuals, not always recipients of the attention and honour they deserve from the establishment, are certainly a class of people who can speak of the country abroad. They are the ambassadors we need to speak for us beyond the political and geographical parameters of our country.

The government has a responsibility here. It can authorise Bangladesh’s diplomatic missions in capitals in Europe, the Americas, Asia and Africa to undertake programmes that will have the country’s writers, historians, academics, journalists --- people of power but not in power --- speak of the nation’s history before the world. Intellectual discourses on Bangladesh outside Bangladesh, let it be stated in brutally frank terms, have hardly been a reality in these decades since 1971. Bangladesh’s intellectuals travelling overseas have largely been ignored by their country’s diplomatic missions, which is not what one can say about the way diplomats from other nations go about fulfilling their responsibilities when eminent citizens from their countries happen to be in town. For us here in Dhaka, attitudes need to change. And a beginning can be made through a drawing up of plans, at the level of the government, for the fiftieth anniversary of freedom to be an organised narrative of the old struggle that will be articulated by intellectuals sent abroad by the powers that be.

Comprehensive lectures and international-level conferences can be organised, with the leading lights in the political, cultural and social ambience of foreign capitals invited to them, to interact with the spokespersons of our history. Bangladesh’s public intellectuals need to be part of the story, and the world needs to know that Bangladesh is home to a rich and vocal and articulate population whose representatives have it in them to share the stage with individuals abroad and lay out the stories of their nation before them.

Our ambassadors and high commissioners abroad can and should take the lead in making of the fiftieth anniversary a success, specifically through ensuring that Bangladesh’s intellectuals are the points of light in next year’s revisiting of national history. At home, there are the public intellectuals the government ought to tap as it shapes strategy for next year’s, indeed every year’s observance of Bangladesh’s march through the lanes, alleys and highways of history.

There are the former diplomats, men such as Mohiuddin Ahmed and Waliur Rahman, whose experience we can tap for reflections on a war they were part of. There are the academics, individuals like Syed Manzoorul Islam, Abul Kashem and A.K. Azad Chowdhury, whose perspectives can be part of the fiftieth anniversary celebrations of independence abroad.

There are the children of the martyrs --- and we have Meghna Guhathakurta, Asif Munier, Nuzhat Chowdhury and Shomi Kaiser and others in mind --- who can inform the world of the world they lost in an all-enveloping genocide five decades ago. There are the freedom fighters and historians, as Haroon Habib and Mohiuddin Ahmad are, who will enrich the national reputation through a purposeful re-reading of the chapters of our story before foreign audiences.

Public intellectuals are, for a nation, a window to the universe out there. Let our intellectuals take centre stage and reignite and revisit the Bangladesh cause across the expanses of global history as the country steps into it fiftieth year.