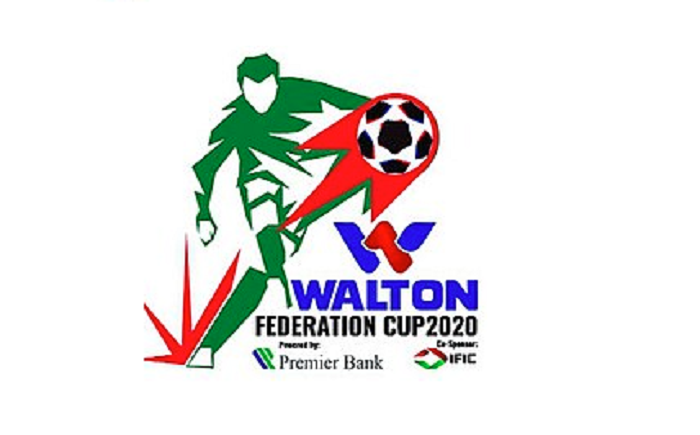 The 13 clubs of the country's top tier professional football league have been preparing for the upcoming season with a target to give their best in the field. The domestic season will kick-off with the season’s curtain-raiser meet Walton Federation Cup 2020 at the Bangabandhu National Stadium from December 22 (Tuesday).

The holders, who have been training since last August, were eyeing to defend their title with a balanced team. The big-budgeted club formed a strong 28-member team including 13 national booters and 4 foreigners. Club’s Spanish coach Oscar Bruzon said that he was trustful to his team and felt that every member was determined to keep contributing to delivering the best results to the club.

“Teams will face each other after the long club calendar break, we have rebuilt on the last 4 months of preparations our playing style for the next season with impeccable belief. I stay fully trustful to our team as we have a  solid bonding and camaraderie amongst our players and they have grown up their game as we enjoyed a good time to expose them to specific practices and challenges in their respective positions,” Bruzon told The Daily Sun on Saturday.

“Nowadays every member of our Club (Players and Coaches) are heartly committed and determined to keep contributing to delivering the best results to our Club. We are eager and with big desire to keep our successful run from the opening game of the Federation on 22nd Dec,” the 43-year-old Spaniard added.

Rahamatgonj formed a 32-member team including four foreigners. But the club were in trouble as three out of four foreigners were yet to be reached here. Egyptian Alaaeldin Naser Flsayed Eissa reached here on Friday. Rahamatgonj’s head coach Syed Golam Jilani said that his side had completed their preparations without foreigners and are ready to show good football on the field.

“We are going to lock horns against the country’s two best teams -- Bashundhara Kings and Ctg Abahani. We have completed our preparation though we haven’t got our foreigners. We have been training for the last month. I’ve tried my best to prepare the team. My target is to play good football in the field,” he added.

Another member of Group C Chattagram Abahani Ltd retained their previous team this year. The Chattagram-based outfit formed a 31-member team including 3 national players and 4 foreigners. Club’s head coach Maruful Haque said they would continue their previous season's performances. “We have trained outside Dhaka. We came here on Friday. Our foreign players joined late. But the good thing is we have retained the previous season's team and now hope to continue the same performances in the upcoming season,” he added.

All 13 participating clubs completed their player registration formalities in the last two days of the transfer window on Dec 14 and 15. A total of 401 players, including 36 national players and 52 foreign players, are going to take part this year in the season 2020-21. Football giants and BPL runners-up Dhaka Abahani Limited formed a 30-member team including 7 national booters and 4 foreigners while third-ranked Sheikh Russel Krira Chakra Ltd formed a 30-member team including 2 national players and four foreigners.

Dhaka Mohammedan Sporting Club Ltd also formed a balanced team of 31-members. Former national player and club’s assistant coach Alfaz Ahmed said that they were eyeing the upcoming BPL. “Federation Cup is not the target. We are taking preparation eyeing on the upcoming BPL. However, we’re still working on players,” he added.

Muktijoddha Sangsad Krira Chakra, who have been facing hard situations due to financial crisis, also completed their proportion ahead of the federation. The club formed a 33-member team including four foreigners. About their present situation, club’s manager Ariful Islam said, “We will take part in the Federation Cup, because there is no other option. We have talked with players and they said they want to play there. The club’s current financial crisis will obviously impact their play. We are searching for sponsorship." Meanwhile, Muktijoddha Sangsad KC is an organization of Muktijoddha Sangsad which is a non-political welfare association of the combatants during the Bangladesh Liberation War.

Among others, Sheikh Jamal Dhanmondi Club formed a 30-member team including four foreigners Saif Sporting Club formed a 28-member team including 6 national players and4 foreigners.  Saif SC captain Jamal Bhuiyan, who is also the national team captain, will not take part in the Federation Cup and then, first phase of BPL as he will play for I-league Club Kolkata Mohammedan.

Another traditional club Arambagh Krira Sangha formed a 29-member team including four foreigners. The club brought big changes in the locals and foreigners. They released a notable number of players of the previous squad while added fresh legs. The club got a chance to be rejuvenated under the former Mohun Bagan player Subrata Bhattacharya Jr as the head coach.