Economic relation needs to be enhanced, he says 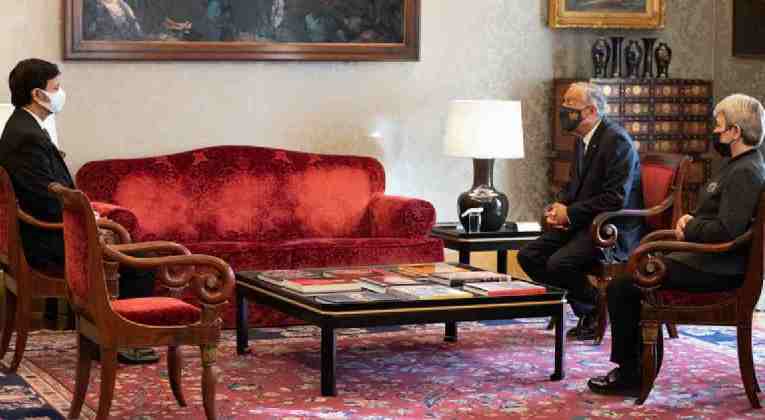 President of Portugal Marcelo Rebelo de Sousa has praised the migrant Bangladeshis living in Portugal for their diligence and sincerity in work.

He said the economic relation needs to be enhanced to its full potential and assured that the Portuguese government would consider opening a resident Embassy in Dhaka in future.

The Portuguese President made the remarks when newly appointed Ambassador of Bangladesh to Portugal Tarik Ahsan presented his credentials to the President at Belém Palace, President’s Official Residence in Lisbon on Friday.

He assured the Ambassador of all cooperation and support during his tour of duty in Portugal.

Referring to the recent republication of the first (18th century) Bangla-to-Portuguese dictionary, he said that the historic relation between the people of Bangladesh and Portugal remains strong even today in the cultural domain.

The President expressed his delight at the procurement of properties by Bangladesh government for its Embassy in Lisbon and said that this would contribute to widening of relation between the two countries, said the Bangladesh Embassy on Saturday.

The Ambassador was escorted by an official of the Portuguese Foreign Ministry from Bangladesh House to Belém Palace in a motorcade.

On his arrival at front courtyard of Belém Palace, the Ambassador received a military salute from the Infantry Guard of Honour.

It was followed by playing of the National Anthems of Bangladesh and Portugal by the regimental band.

The Ambassador then ceremonially presented his letter of credence to the Portuguese President. During the presentation of the credentials, Secretary of State (State Minister) for Portuguese Community Berta Nunes, Senior Diplomatic Adviser to President Ana Martinho, Head of State Protocol (Chief of Protocol) Clara Nunes dos Santos and Heads of Civil and Military Households of the President as well as Second Secretary of Bangladesh Embassy Abdullah Al Razi were in attendance.

This was followed by an audience of the Ambassador with the President.

The Ambassador expressed his determination to work for further enhancing relation between Bangladesh and Portugal, building on the 500-year-old ties between the two peoples.

Mentioning that Bangladesh government recently purchased property in Lisbon for its Embassy, the Ambassador requested that the Portuguese government consider opening a resident Embassy in Dhaka.