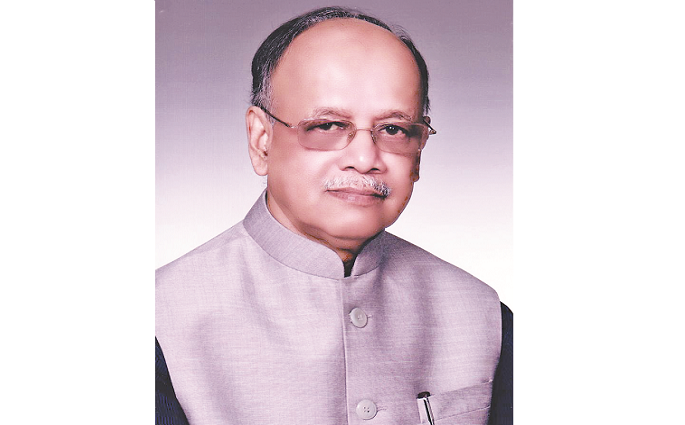 As an eventful year comes to an end, both Bangladesh and India concluded a virtual summit on Thursday, 17 December. Prime Ministers of both countries, Sheikh Hasina and Narendra Modi participated in the summit,  signed seven MoU’s and inaugurated the all-important Chilahati (Bangladesh) and Haldibari (Coochbihar) India rail corridor that lay defunct since the six-day war of 1965 between India and Pakistan. This is the sixth such defunct rail corridor to be resumed during the tenure of Sheikh Hasina and Narendra Modi’s premiership to strengthen the connectivity between the two countries. The resumption of railway connectivity between the two countries in this sector will benefit not only India but also Nepal, Bhutan and some NE States as all these countries and Indian States will be able to use this rail link for shipment of goods to and from the Mongla port of Bangladesh. The resumption of the link will also benefit the local people as they will be able to travel across the border either for tourism or business. Haldibari is a town in Pachimbanga close to Siliguri and one can travel to the tourist town of Darjeeling in less than five hours from Haldibari via Siliguri. Next on the agenda when it comes to resumption of rail link between the two countries is the Akhaura-Agartala rail link which is scheduled to be completed by March 2021. This project is aimed to link the British-era Akhaura Junction with Agartala Railway Station. Once completed, this re-linking of the two stations will bring about a revolution in the proposed transit facilities to be given to India through Chittagong Port. Already there have been successful trial transit runs between Agartala and Chittagong and Ashuganj ports using the road and waterways.

During this unprecedented pandemic time when the world is going through a catastrophic situation in all areas, the virtual connectivity option has still kept many important national and international operations active exposing the strength of information technology. In a normal time either of the Prime Ministers would have travelled to the other’s capital to sit in such a summit and sign the MoUs and inaugurate the rail link and other projects. If both the countries can manage to come out of the Covid-19 pandemic soon, there is a possibility that the Indian Prime Minster will visit Dhaka on 26th March, 2021 to participate in the Mujib Barsho celebrations. Because of the disruption caused by the pandemic in the Mujib Barsho celebration programme for the year the Government of Bangladesh has already decided to extend the celebration period up to 16th December 2021, a total of extra nine months.

Whenever any talk or summit takes place between such high profile leaders of the two countries, the hype in Bangladesh is quite high as Bangladesh has in the recent past gone all out to demonstrate its intention to the people of India and its Government what a good neighbourly relations and behaviour is all about. But unfortunately the attitude from the other side has not always been up to the expectation of the people of Bangladesh and the government though in the past both the countries have shown that with little effort and a bit of positive intentions long outstanding unresolved problems existing between both countries can be solved at practically no cost. An outstanding example has been the implementation of the Indira-Mujib pact for implementation of the Bangladesh-India boundary agreement. The agreement reached between Sheikh Mujib and Indira Gandhi in 1974 for demarcation of boundaries and  exchange of 161 adversely held enclaves with a population of fifty thousand needed constitutional approval, which Bangladesh completed without any delay but unfortunately Bangladesh had to wait till August 2013 for its ratification in both houses in the Indian parliament which finally went through with all parties holding their hands to ratify the accord and amend their Constitution as needed. This was an extraordinary gesture from the Government of India as well as its political parties and politicians. Both the countries have also settled long standing demarcation of the maritime boundary issue through a third party arbitration.

Neighbours will have problems, small or big, but most problems can be solved through negotiation and with good intentions. However, in the case of Bangladesh-India relations, it has always been reiterated that it is India which stands to gain the most from Bangladesh with consolidation of good relationship between the two counters. Once Sheikh Hasina formed the government for her second tenure in January 2009, one of her first priorities was to strengthen the relationship between the two countries that was strained due to short-sighted foreign policy of the previous Four-party Alliance government under Begum Zia. Bangladesh’s premier Sheikh Hasina announced in clear terms that her government will not allow Bangladesh’s soil to be used as staging platform to launch any sort of secessionist movements of insurgents in some NE Indian States. Earlier during Begum Zia’s tenure, Bangladesh was used as a conduit for illegal smuggling of arms and ammunitions destined for Indian insurgents, and that too aided by the state machinery. The accidental interception and haul of ten truckloads of modern arms and ammunition in Chittagong, destined for the Indian secessionist group ULFA in 2004 is a perfect example how Bangladesh was used to create unrest by the secessionists in NE India. Though a case was filed in the local court in Chittagong in 2004 no progress was made during the tenure of Begum Zia to punish those responsible. It was only in January of 2014 that the court gave a verdict sentencing those found guilty in aiding this transit of illegal arms through Bangladesh. Some, including influential ministers in Begum Zia’s cabinet, politicians belonging to BNP and Jamaat-e-Islami and few retired military personnel were either sentenced to death or given life term imprisonment. Contrarily,  during Begum Zia’s tenure, one of her very important ministers in the cabinet  audaciously declared in the parliament that it is a duty of the Bangladesh government to morally support the ‘freedom fighters’ in NE India. Without Hasina government’s actions, it would not have been possible to stop cross border terrorism in NE India. Today the borders of NE Indian states are more secure than any time in the past. Security perhaps is the best gift a neighbour can ensure to another.

According to the Bangladesh and Indian Foreign Ministries’ press release and the press briefing of Bangladesh Foreign Minister after the virtual summit was over both sides held comprehensive discussions on all aspects of bilateral relations, and exchanged views on regional and international issues. It was also said that the relations between Bangladesh and India are based on all-encompassing partnership based on sovereignty, equality, and trust and understanding that transcends in strategic partnership. The MoU’s signed between both countries includes cooperation in health sector, cultural cooperation, border management and security cooperation, trade partnership for growth, connectivity for prosperity, cooperation in water resources, power and energy, return of the forcibly displaced persons from Rakhine State of Myanmar from Bangladesh and partnership in the region and in world bodies to solve regional and global problems like climate change. Such MoUs are thought to be standard practices between and amongst countries.

Whatever may be the outcome of the recent summit or such future summits, two things must be resolved without further delay amicably between the two countries to cement the existing cordial relationship which was clearly spelt out by the Bangladesh’s Foreign Minister Mr A K Abdul Momen. He in explicit terms on Thursday expressed his frustrations over the continuous border killing by the Indian border security forces of Bangladeshi citizens and stalemate in the solution of the Teesta river water sharing problem. No one will deny that there is illegal trespassing in the Bangladesh-Indian border, one of the most porous borders in the world. USA and Mexico also have such a border and there are organised human trafficking from Mexico to US on a  regular basis but US border patrols have shown much patience and restraint in dealing with such problems. Hardly anyone hears of border killing in that part of the world. Though India regularly ensures that its border security forces will not use lethal weapon to intercept illegal trespassing, the killing continues unabated. This not only frustrates our Foreign Minister but also the people of this country. The Teesta water sharing deal still remains a far cry though the Indian Prime Minister asks to have faith in him. Faith is one thing the people and the government of Bangladesh have on the current Indian government whatever political rhetoric some ruling party leaders in India indulge in to dampen the faith and patience. These are seen as simple political rhetoric and not something of a national policy. But Bangladesh wants the problems of Teesta and other common river water sharing problems resolved on an equitable and just basis.

Vis-à-vis the Rohingyas, India could play a more proactive role as it has a very strong economic relationship with Myanmar. These displaced people from Myanmar someday may become a major security threat not only for Bangladesh but all its neighbouring countries including India. The Pakistan’s infamous military intelligence ISI is just waiting for the opportune moment.

Sometimes small details make big impact on the minds of the common people. When Bangladesh’s Prime Minster Sheikh Hasina visited New Delhi in October of 2019 to attend a WEF meeting, she was received at the airport by a junior minister. Maybe it was not a state visit, may be Indian Prime Minister was busy with more important agenda but the Bangladesh Prime Minster could very well have been received by a senior minister if not the Foreign Minister. When Bangladesh’s Father of the Nation Bangabandhu Sheikh Mujibur Rahman returned to Bangladesh from the Pakistani prison on 10th January 1972, technically he was only a parliament member elect though he was nominated the President of Bangladesh by the Government in Exile. Till then it was not possible for him to take any oath of office. But on that cold morning of January both the Indian President V V Giri and the Prime Minster Smt. Indira Gandhi met Bangabandhu at the New Delhi airport and he was given all the state protocols usually reserved for any visiting Heads of State or Heads of Government. Such gesture elated the honour and dignity of not only the Indian leadership but also of its people. The people of both the countries have always remained good friends in spite of the fact that occasionally there were temporary breaches in the relationship between the two governments. But the relationship between the two current governments is much closer and warmer than any time in the past. The communication connectivity is important for the development of both the countries but the connectivity created by actions of the governments of both the countries amongst its people is seen as equally important.

Hope that before the next similar visit between the two Prime Ministers there will be less of frustration in the minds of Bangladesh’s Foreign Minister and the people; border killings will be things of the past and the problem of sharing of Teesta water will be resolved equitably to make all concerned happy. The existing relationship between Bangladesh and India should yield more synergistic outcomes than it is yielding currently. Bangladesh-India relationship must also remain strong and meaningful and continue to scale newer heights with respect to each other’s sovereignty and dignity. Long live Bangladesh-India friendship!