RMG sector in trouble again amid second wave of corona 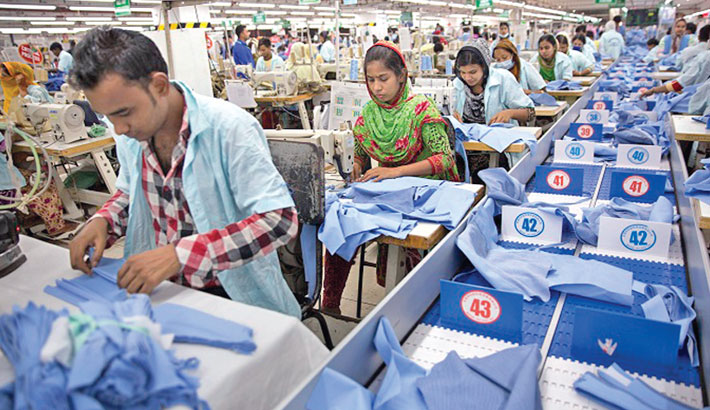 The second wave of the coronavirus pandemic in the major export markets has put Bangladesh’s readymade garment (RMG) sector into a difficult time once again.

Buyers from top export destinations are holding and deferring new orders from Bangladesh due to the re-imposition of strict lockdowns and slowdown in economic activities.

Apparel makers are apprehending another season of uncertainty in coming days --- which has already been reflected in the last two months’ export earnings.

Following the situation, apparel makers are in fear that the contraction mood of buyers would cause them facing another trying time. RMG exporters have sought government’s support to overcome the consequence of a second wave of the pandemic on the country’s largest export earning sector. “Although the RMG sector bounced back in July-September from the corona jolt, the sector once again fell in trouble in October and November. We have assessed it as the impact of the second wave of coronavirus infection in major apparel markets,” said BGMEA President Rubana Huq.

Referring to the impact of the second wave on the RMG sector, the BGMEA president has sought the government’s continuous support like before to come out of the trouble they are going through now.

Countries across Europe, key destinations of Bangladeshi products, are seeing a resurgence in COVID-19 cases after successfully slowing outbreaks earlier this year.

Germany, the biggest market of Bangladeshi RMG products in Europe, will be under a national lockdown over Christmas amid rising cases of Covid-19. Under new measures which will last from December 16 to January 10, schools and non-essential shops across the country will remain closed.

The Netherlands entered a tough second lockdown for at least five weeks on Tuesday while governments of countries like France, Netherlands, Belgium, Spain are considering new restrictions.

According to Export Promotion Bureau (EPB) data, RMG exports fell by 2.66 per cent year-on-year in a single month in November. In the previous month, the year-on-year growth in apparel exports was reported at negative 7.8 per cent.

Several garment manufacturers said that buyers are holding and cancelling orders due to the economic fallout caused by the second wave of the pandemic.

During the first spell of corona infection, the government promptly came out with support like stimulus package and other policy incentives.

Now the apparel manufactures have sought continuation of the government’s support to face the impact of the second wave.

“Extension of the stimulus package is required now with a possible new package for the readymade garment manufactures those bring 86 per cent of total export earnings in the country,” Dr Rubana Huq said, expressing hope that impact of the second wave will be gone by next June.

Managing Director of MB Knit Fashion Ltd Mohammad Hatem thinks that Bangladeshi apparel exporters are in a tight spot in the global market amid the global pandemic.

Although the apparel makers have recovered slightly in August and September, they are facing tough times since October, said Hatem Ali who is also the 1st vice-president Bangladesh Knitwear Manufacturers & Exporters Association (BKMEA).

He also said the government and exporters have to work together to remain competitive in the global market amid these unprecedented challenges.