37 Yaba factories along border in Myanmar 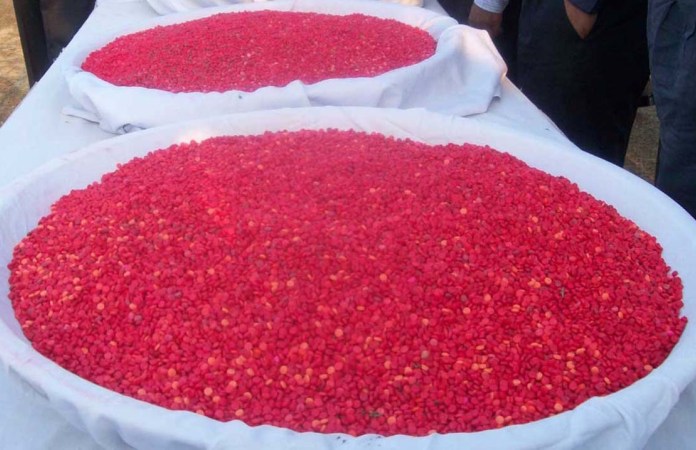 A total of 37 Yaba factories are operating in bordering areas of Myanmar while 12 nationals of the neighbouring country are involved in smuggling the deadly drug to Bangladesh through different border points, according intelligence sources.

Based on the information, the Department of Narcotics Control (DNC) has shared a list of the Yaba factories as well as the smugglers with the Myanmar authorities, urging them to take action to this end.

In response, the neighbouring country assured the DNC of taking necessary action in this regard, said sources at the national agency tasked with controlling drugs.

Admitting the fact, DNC Director General Muhammad Ahsanul Jabbar told the Daily Sun that they have intelligence information on the Yaba factories operating along the Bangladesh-Myanmar border on the Myanmar side and smugglers, and they shared this to the Myanmar authorities.

At a press briefing at the DNC headquarters on December 15, Jabbar said they provided intelligence information on clandestine labs, producing Yaba tablets, located in bordering areas in Myanmar.

They smuggle Yaba pills to Bangladesh through different land and water routes of Teknaf upazila in Cox’s Bazar district, the sources said, adding that many of them use Bangladeshi mobile SIM cards.

They said the DNC provided detailed addresses of the 37 factories, located in the bordering areas of Rakhine, Maungdaw and Shan, to Myanmar’s Drug Enforcement Division.

The sources said at least 17 types of Yaba pills are made at those factories and smuggled to Bangladesh.

The factories are being run by separatist groups and illegal drug traders.

One of the factories is run by Maung Militia State Army (North) while one by Anju Group, four by Shan Nationalities People's Liberation Organisation, 11 by United State Army, two by Shan National People’s Army and one by Myanmar National Democratic Alliance Army.

In the letter sent to Myanmar, the DNC stated that smuggling of drugs from the neighbouring country to Bangladesh increased by 98 percent over the last few years, and shared concerns that this is putting the lives of people, especially the young generation, into danger.

It urged the authorities to take action against the Yaba factories as well as the smugglers.