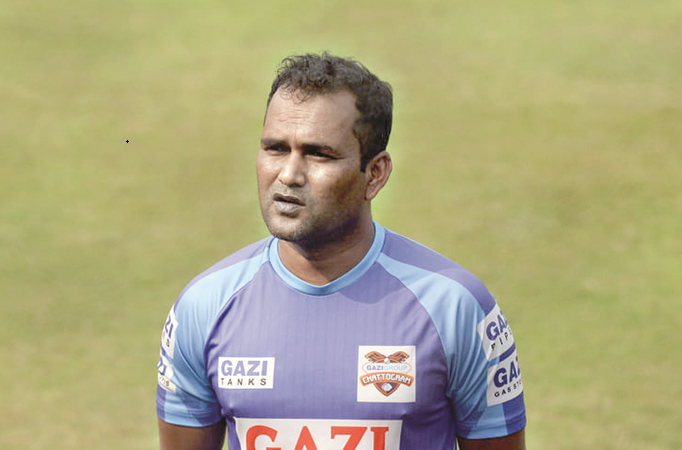 Local coaches have always been underpaid and it had always been an issue of discontent in the cricketing fraternity of the nation but the manner in which it was exposed in the Bangabandhu T20 Cup only suggests that things are going from bad to worse.

BCB stated that each of the five local coaches will receive BDT 3 Lakhs for guiding their respective teams in the competition.

A total of 157 cricketers were part of the draft list, having passed a fitness test earlier. The players were divided into four categories. There were five Players in Grade A, who will earn BDT 15 Lakh, while cricketers in Grade B, C, and D will receive BDT 10 Lakh, BDT 6 Lakh and BDT 4 Lakh respectively.

Surprisingly the coaches are getting less than even the D-grade cricketers.

Salahuddin, who had won two Bangladesh Premier League (BPL) titles, and considered to be the mentor of most of the leading cricketers of the country which includes Shakib Al Hasan, Tamim Iqbal, Mominul Haque and to many other cricketers, urged that BCB should evaluate the status of the coaches in future and he feels that the board is failing to properly assess the pay disparity.

Such meagre salary will only hamper growth in this sector as he publicly said that he is not interested to ask anyone to join this profession.

“I am not taking any fee for this tournament . I work for Gazi Group. I am ashamed of the coach's remuneration,” Salahuddin told reporters at BCB Academy premises on Monday.

“I have always wanted that more people should take up this profession and more players to come and coach so that they can lead a good life,” he said.

“Due to such a poor remuneration, I feel that I should never suggest anyone to come and join coaching as a profession,” he said.

“I don't know if there is any evaluation in this country. I feel as if we are E-grade people. A coach is not getting what a D-grade player is getting then why would I tell another coach to come to this profession,” he said.

“We are ‘E grade’ people, assistant coaches might be ‘F grade’ people and the trainers are probably ‘G or H grade’,” he said.

“I think some assessment should be made. It feels as if we don’t have any impact on the team and we are here just to run the show,” he said.

“If you say that we coaches have a lot of impact on players that is not true, we are actually just going to run a match, run a tournament. We are nothing,” he concluded.