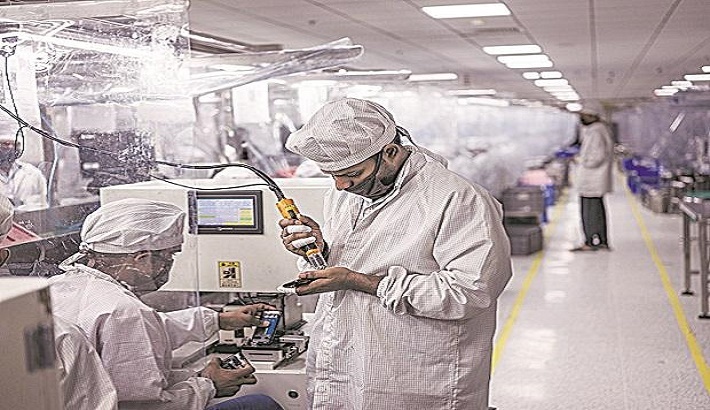 Union Minister Ravi Shankar Prasad on Monday said that India has become the second-biggest mobile manufacturer in the world and has a clearly defined goal of surpassing China.

"When we had come to power in 2014, India had only two mobile factories, now India has over 260. India has become the second-biggest mobile manufacturer in the world. Now I am pushing to surpass China, that's my goal. And I am clearly defining it," said the Union Minister while addressing the FICCI's 93rd annual general meeting through video conferencing.

Speaking on the 'Leveraging ICT for Economic Revival in Post COVID-19 Era', Ravi Shankar said, "The Digital India ecosystem, which we conceived, finalised and which we sort to put on the ground, created a great enabling atmosphere to face the challenge of the COVID. Digital India simply put, is designed to empower ordinary Indians with the power of technology."

He further said through hundreds of government schemes, they have delivered nearly Rs 13,00,000 crores to the bank accounts of the poor, in the last five and a half years.

"In 440 government schemes, we have delivered nearly Rs 13,00,000 crore in the last 5.5 years to the bank accounts of the poor, MGNREGA payment, gas connection subsidy and food subsidy etc. And we have saved Rs 1,70,000 crore, which is pocketed by the middlemen," he said.

"...India a population of 1.3 billion-plus, 1.2 billion mobile phones, 1.26 billion Aadhaar cards. By leveraging all this with the Jan Dhan account, we created the system of delivery of welfarement."

On the benefits brought in by the digital India campaign, the Union Minister said, "The inclusive character of digital India which we have conceived could ultimately reach the common people's lives through digital delivery without any middlemen."

"When the COVID came, the issue posed a serious challenge. Then we came with the idea of work from home. There were a lot of issues of regulatory requirements, issue of financial requirements. I said to remove all this... And today 85 per cent of India's IT industry works from home," he added.