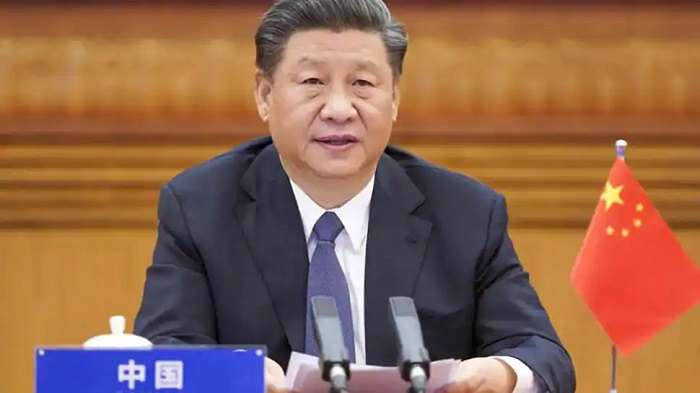 The Chinese Communist Party (CCP) has long-held aspirations for global power. The CCP’s goals have not been a secret and world powers have started to become vary of the Chinese government's hostile actions. Under President Xi Jinping, the Party and the Chinese government have increased their foreign interference and espionage operations.

A recent data leak of classified CCP documents has revealed the names, positions, birthdays, and ethnicity of 1.95 million CCP members employed in large multinational companies as well as in the consulates and missions of foreign governments in Shanghai.

The leak, which was extracted from a Shanghai server, is a massive breakthrough for democratic powers as it has revealed that CCP members managed to infiltrate into several foreign consulates in Shanghai. These CCP members have managed to get a hold of prominent positions like senior political and government affairs specialists, clerks, economic advisers, and executive assistants in at least 10 foreign consuls in Shanghai.

Foreign affairs experts have signaled that this data leak could potentially point towards a Chinese ‘state-sponsored spy ring’ and that employing CCP members in consuls, no matter the position , constitutes a grave breach of protocol and a possible threat to national security. The leak also exposed that members of the Chinese communist Party had also infiltrated major foreign companies like Boeing – which handles billions of dollars’ worth of defence contracts. CCP members were also found to be working in Pfizer and AstraZeneca, two major pharmaceutical companies currently developing the coronavirus vaccine. Loyal members  of the CCP have also managed to infiltrate into top universities.

There are more than 90 million CCP members around the globe, while they  all come from different backgrounds , one thing binds them all  together is loyalty to the Party. All CCP members must pledge to put the Party and its interests above everything else. According to Party  traditions, the oath also states that the members must be prepared to sacrifice their all for the good of the party. Therefore . It is evident that the primary loyalty of any CCP members lies with the Party and in such a  scenario, how can one be permitted to work in the consul of another country where they might have access to state secrets and information that might put a country's national security at risk?

Conservative Party leader and parliamentarian lain Duncan Smith, as well as thirty British Members of Parliament plan to soon bring this grave issue to the notice of the United Kingdom’s House of Commons.

The leaked database showed that CCP members were employed in multiple consulates in Shanghai, including the US, Australian, British, German, South African, Swiss and Indian missions. Various investigations on the data leak highlighted that a Chinese government agency called the Shanghai Foreign Agency Service Department (SFASD) assisted consuls and missions across Shanghai to hire local staff. It was later discovered that SFASD possessed at least 12 active CCP branches which comprised of more than 200 Chinese Communist Party members. As per The Australian, The SFASD website currently lists job openings for the Australian, US, Czech, Ethiopian, Brazilian, Chilean, and Hong Kong consulates in Shanghai. Samuel Anderson, a spokesperson for the British Henry Jackson Society — a foreign policy think tank has said that the SFASD appeared to function like a well organised, state-sponsored spy ring.

The major data leak has proved to be a great embarrassment for Chinese President Xi Jinping and has also managed to lay bare how the Party operates under him. The leak also revealed that almost 99% of the CCP members were from the Han Chinese ethnic group with the majority of members being male. The list of CCP members was leaked back in mid-September and was sent to the Inter-Parliamentary Alliance in China.The Alliance contains 150 legislators from all around the world. The list of Chinese Communist Party members then finally made  its way to four media organisations: The Australian, The Sunday Mall in Britain, De Standard in Belgium  and  Swedish Journalists. Independent  investigations into the data leak have revealed that the list of CCP members was most likely accessed through a local network, meaning  Chinese dissidents risked their lives to gain physical access to the server containing the list.

Liberal Member of Parliament Andrew Hastie , the Chairman of Australia’s Parliamentary Joint Committee on intelligence and Security ,has claimed  that it is a huge conflict of interest for CCP members to be engaged in projects that are of national significance to Australia .The leak has further reflected that CCP members employed at any level in the consuls or missions of other countries are potential spies.

Besides foreign missions, a couple of companies that were identified as employing CCP cadres are- Volvo, Citibank, HSBC, Pfizer, IKEA, the Australian and New Zealand banking group (ANZ), Volkswagen, Jaguar, and Mercedes-Benz. Some prominent scholars like Australian scholar Chen Hong has also been listed on the leaked CCP database. Hong had his Australian visa revoked in September after it was determined by security agencies that Hong was a possible security risk. China specialist Clive Hamilton has stated that the leaked CCP members list will provide the world a rare glimpse into the spying and espionage operations carried out by China around the world. He added that Shanghai was the main hub in China for the organisation of spying operations on western nations.

This large data leak of CCP members is probably the first of its kind in the world. The leak has proven that the CCP has created branches and infiltrated some of the world’s leading multinational corporations,academic institutions, and governmental bodies. The Chinese government recently has also been accused of trying to interfere in the internal workings of Australia. Former Foreign Office diplomat and China expert Mathew Henderson has stated that the leaked data is proof that China has used deception and nefarious means to enter the establishment of several countries. He added that dealing with China was the same as dancing with ‘rabid wolves’ and that China was determined to overthrow democracy and outstrip the western world.

Every member of the Chinese Communist Party has subscribed to all of the CCP’s beliefs, principles and actions, from the oppression of ethnic minorities in Xinjiang to the arbitrary detention of pro-democracy activists  in Hong Kong. It is these beliefs that they carry with them when they are  employed in the consuls of foreign countries. While working in consuls or missions of foreign nations, CCP members have the potential of doing untold harm as they can possibly have access to highly sensitive information and allow the CCP to interfere in the functioning of democracies.