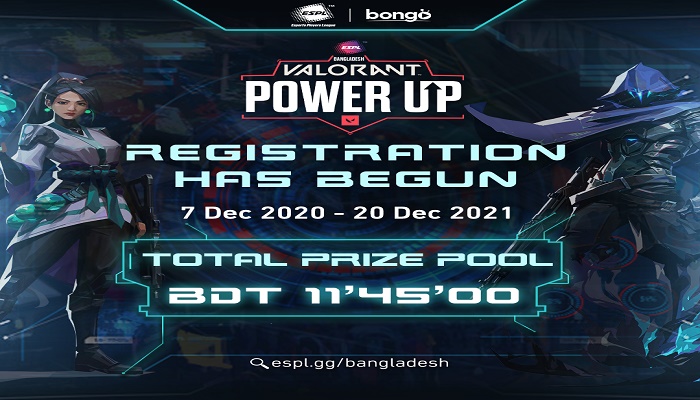 Big news was announced on December 15, 2020 when Bongo revealed its partnership with Esports Players League (ESPL) to nurture and develop esports in Bangladesh.

Bangladesh’s esports scene has recently received an interest from many international brands in sponsoring tournaments.

This partnership with ESPL, however, would be the first for an international esports company to enter Bangladesh with serious plans for developing esports in the country.

Bongo, Bangladesh’s top digital video on demand leader locking arms with ESPL will surely be an exciting first step for many young aspiring esports players with a dream to connect to esports on a global scale.

Founded in early 2019, ESPL officially launched its online tournament platform in January 2020. With the mission of building a sustainable foundation for amateur esports players around the world to compete and grow into champions. This network has since grown to 12 countries from South America, South Asia, South East Asia, and Europe in a period of 12 months and continues to grow.

“South Asia has a huge population of young talented players with the aspiration of becoming esports champions. Game titles such as Valorant have been very active in developing a sustainable ecosystem for players to grow into world champions. This tournament will be an exciting opportunity for us to build a lasting foundation for our players and brands.” commented Michael Broda.

Registration for the ESPL Valorant Power Up Bangladesh series started on the 7th of December 2020 which will soon end on the 20th of December 2020. So if you’re interested in joining this tournament, you better grab your spot fast before they're all taken.