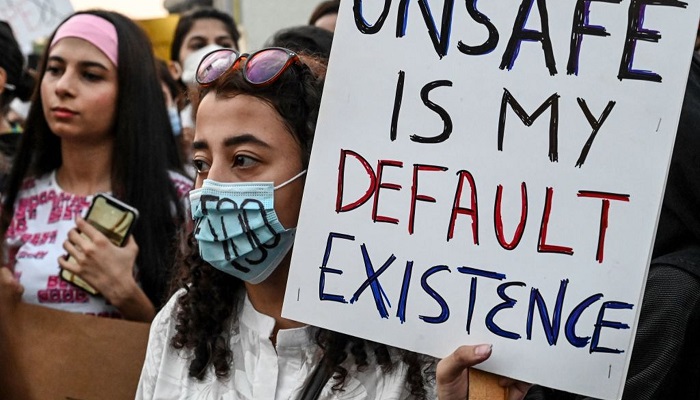 Papists in Pakistan will soon face a stark choice. Under a law backed by the country's prime minister, Imran Khan, those convicted of rape can either be chemically castrated, face life imprisonment or even a death sentence. But while the new law sounds radical, it's unlikely it will be enough to curb the wave of sex attacks against women in Pakistan.

The tough measures have been painted as something of a compromise by Khan, who has said those found guilty of sex attacks should be hanged in public. Dismissing this as an option, Khan said introducing such a punishment would 'not be internationally acceptable'. 'The trade status given to us by the European Union will be affected,' he added.

Yet for all Khan's fiery talk – and the populist points it is likely to earn him – Khan has shown little interest in tackling Pakistan's stark gender disparity. Harsher sentences for convicted rapists are unlikely to make the lot of many women in Pakistan easier.

What makes these numbers even more horrific is how criminally underreported they are. And even when they are reported, there’s a two per cent rate of conviction in rape and domestic abuse cases. How then will public hanging or castration work as a ‘deterrent’ when 98 out of 100 perpetrators are likely to be let off scot-free? After all, the fact that rape is already a capital crime hasn’t deterred many perpetrators until now. While the new law provides some measures to ensure the safety of rape survivors, it fails to address the root cause of many crimes against women in Pakistan: the perversely patriarchal notion of ‘honour’, and the Islamist inertia upholding it.

The notion that a male, family or tribe’s honour is encapsulated in the female anatomy is entrenched in society. Another widely-held view is that a woman dressing, behaving or existing in a certain way is somehow culpable if she is attacked. It isn't hard to see where such views come from. Lahore’s chief police officer appeared to repeatedly blame the victim of a gang rape earlier this year, suggesting that the woman should not have been travelling late at night without her husband.

Khan recently gave his support to the officer in question, which is perhaps hardly surprising for a former playboy who has dismissed feminism as degrading the role of mothers within society. As for Khan's colleagues, they seem more interested in criticising France's president Macron for his views on Islamism than in tackling the tide of violence against women closer to home.

While these latest measures might please the tabloids, life for many women in Pakistan will continue to be fraught with the threat of violence. The scriptural roots for gender disparity in Pakistan haven’t been opened to introspection, let alone reform, in fear of the country’s murderous blasphemy laws. Even teenage girls forcibly converted to Islam risk death for merely attempting to undo their coerced change of religion. Making an example out of rapists is a convenient way for Khan to sidestep the real issue here.