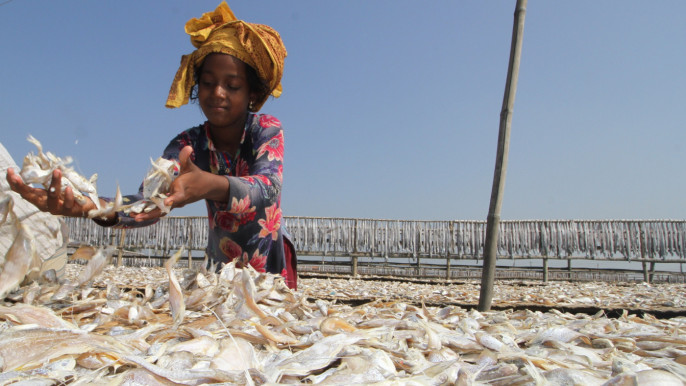 Speakers at a workshop underscored the need for acknowledging the child labour in the dried fish sector (DFS) as a hazardous work.

They said that the child workers in dried fish sector are facing different health related risks and are deprived of education due to poverty.

They made the observation at a research dissemination workshop at the Centre on Integrated Rural Development for Asia and the Pacific (CIRDAP) auditorium in the city, said a press release.

President of the Bangladesh National Women Lawyers Council Advocate Salma Ali was present as the chief guest at the workshop.

A research team of eight teachers from the Department of Economics, Sociology and Law of Chittagong University in collaboration with SUIT, a non-government organization in Chittagong, conducted the study on the socio-economic condition and working environment of children working in the dried fish sector in Cox’s Bazar Sadar and Maheshkhari Upazila.

The speakers at the workshop demanded immediate action of the government in this regard, noting that the dried fish sector is not included in the list of hazardous jobs for children yet.

Mustafizur Rahman said the government is working to include the dried fish sector in the list of hazardous jobs for children and a proposal for inclusion of six sectors, including this industry, is under consideration of the concerned ministry.