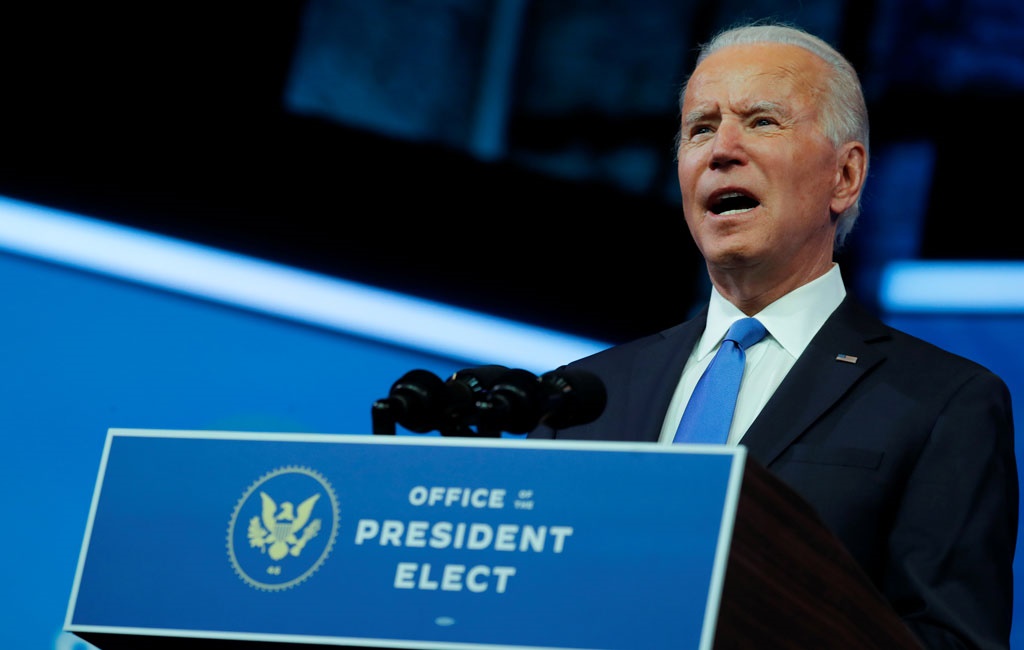 Joe Biden has said it is "time to turn the page" after his presidential election victory was confirmed by the US electoral college.

In a speech after the announcement, he said the US democracy had been "pushed, tested and threatened" and "proved to be resilient, true and strong".

He condemned President Trump's attempts to challenge the result and said the "will of the people prevailed".

The confirmation was one of the steps required for Biden to take office.

Under the US system, voters actually cast their ballots for "electors", who in turn, formally vote for candidates weeks after the election. Democrat Joe Biden won November's contest with 306 electoral college votes to Republican Donald Trump's 232.

President Trump, who shows no sign of accepting the result, has not commented. Shortly after the electoral college's vote, he announced on Twitter the departure of Attorney General William Barr, who had said there was no evidence of widespread voter fraud in the election, despite the president's claims.

Speaking in Delaware, Biden praised "ordinary men and women" who had refused to be bullied, referring to the president's efforts to question and overturn the results, involving legal challenges which have been rejected by courts across the country.

Heightened security had been put in place in some states, including Michigan and Georgia, ahead of voting, which took place in state capitals and Washington DC.