Dr Zaid Bakht: An economist with a mission 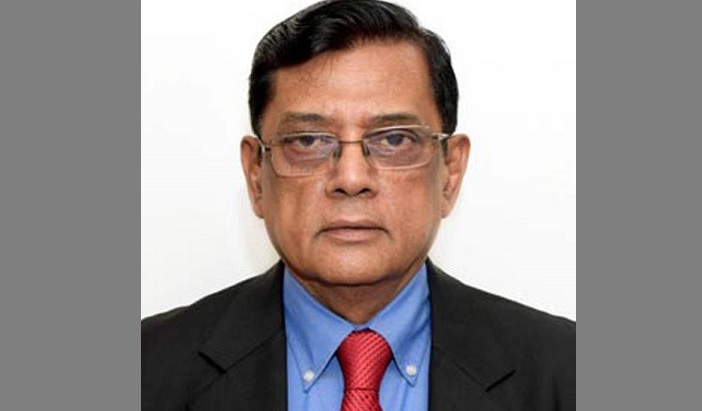 He has been leading the transformation of the state-run Agrani Bank as the government recently extended the tenure for the third term.

From the beginning of his role as the chairman of Agrani Bank, the eminent economist has been focusing on the internal audit of Agrani Bank to ensure financial transparency.

During the tenure of Dr Zaid, Agrani Bank has become the top performer by dealing half of the total remittance transactions of all six state-run banks.

Under the bold leadership of economist Dr Zaid, Agrani Bank has emerged as the most powerful financial institution in the public sector in terms of remittance handling.

Dr Zaid began his research career as an economist with the Bangladesh Institute of Development Studies (BIDS) in 1971. Before his retirement as the Research Director from BIDS in 2014, he served the institute in deferent capacities.

In his illustrious research career, he led many research projects of the government and international organisations including the World Bank, International Labour Organization, Asian Development Bank, Economic and Social Commission for Asia and the Pacific (ESCAP), European Union, Food and Agriculture Organization, United Nations Conference on Trade and Development and Japan Bank for International Cooperation.

He undertook several collaborative research projects with foreign institutions like the London School of Economics, University of Sussex, and Institute of Developing Economies in Japan.

He was a government delegated member to UNCTAD inter-governmental preparatory committee meeting on third UN Conference on LDC held in New York in July 2000.

He also represented the country in an expert group meeting of UNCTAD on trade and agricultural sector held in Geneva in April 1999.

Dr Zaid, a former consultant of Eascap, was also a visiting fellow at the University of Strathclyde.

He contributed to sector review as a member of mission at ILO on rural non-farm employment in Sri Lanka in 1991.

Before leading the Agrani Bank board, Dr Zaid was a director at state-run Sonali Bank, a syndicate member at Shahjalal University of Science and Technology (SUST).

The eminent economist also contributed to the national level strategy as a member of economists’ panel for the formulation of the sixth five-year plan in 2010.

He completed post-graduation in economics from Islamabad University after completing graduation from Dhaka University in 1969.

In extracurricular activities in academic life, Dr Zaid engaged in debates and loves to play tennis. In leisure, he listens to Bangla songs and practices so. As an inspiration, he is an admirer of motivational speaker Wayne Dyer.

As visiting professor, Dr Zaid teaches at different educational institutes including North South University and East West University. In the courses, he focuses on macro and microeconomics, statistics, econometrics and business mathematics.

Dr Zaid was born in Sylhet in 1949. He is the son of the late Dr Jamshed Bakht, a renowned physician of Sylhet and Zebunnessa Khatun. Dr Zaid married to Halima Hossain and is blessed with a son and a daughter.

Dr Jamshed Bakht was a captain of the British Indian Army in the medical core. After separation of Pakistan, he moved to Sylhet and started teaching.

Dr Zaid led a significant number of local and international research projects. For the government of Bangladesh, he led the ‘post enumeration check of economic censuses conducted by Bangladesh Bureau of Statistics in 2013.

He also led the study on ‘workplace safety and industrial relations focusing on the current status of export-oriented readymade garments industry in Bangladesh’ carried out for the Ministry of Labour and Employment in 2013.

In 2012, Dr Zaid led the evaluation of the equity entrepreneurship fund for Bangladesh Bank.

On behalf of the government, he prepared the Bangladesh country paper for SAARC in 1997.

He also led the evaluation of export processing zones in 1994 on behalf of the Bangladesh Export Processing Zones Authority.

For World Bank, Dr Zaid Bank carried out a study on poverty impact of rural roads and markets improvements and maintenance project of Bangladesh in June 2000.

As an experienced economist, Dr Zaid has numerous international publications. In 2013, Dr Zaid co-authored in an international journal focusing on ‘Size and structure of the manufacturing industry in Bangladesh and implication for growth and poverty.

In the international publication titled ‘Regional Integration and Economic Development in Asia, Dr Zaid coauthored a write-up on the integration of ICT industries and its impact on market access and trade focusing case of Bangladesh and India.

In another publication of Economic Development and Cultural Change in July 2009, Dr Zaid coauthored an article title the Poverty Impact of Rural Roads: Evidence from Bangladesh.

In September 2009, his international level book titled ‘The Developing Economies’ was published. As a co-author, Dr Zaid contributed to the book with Tatsufumi Yamagata and Prof Muhammad Yunus.