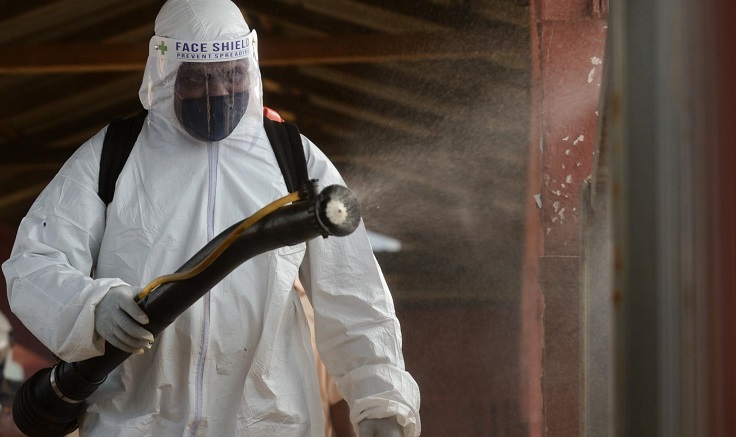 Outrage is mounting in Sri Lanka after at least 15 Muslim coronavirus victims, including a baby, were cremated against family wishes and in contravention of Islamic tradition.

Health authorities in Buddhist-majority Sri Lanka insist all victims must be cremated -- even if they are Muslims, who traditionally bury their dead facing Mecca.

The order issued in April came amid alarm raised by influential Buddhist monks that burying bodies could contaminate groundwater and spread the virus.

After the families of 19 Muslims refused to claim the bodies of relatives from a Colombo morgue, last week, the attorney general ordered their remains cremated.

So far at least 15 have been -- including a 20-day-old baby named Shaykh and despite the pleas of his parents.

Over the weekend members of the public tied thousands of white ribbons to the gates of the cemetery housing the crematorium, which authorities removed on Monday morning.

This added to the dismay online.

"The ghouls of Kanatte (cemetery) have removed overnight the white handkerchiefs tied in memory of the infant who was cremated forcibly against the wishes of the parents," former foreign minister Mangala Samaraweera said on Twitter.

One social media activist who posted photos of the ribbons called it "another blatant act of state suppression".

The island nation has experienced a surge in cases since October, with the number of infections increasing almost 10-fold to total over 32,790 cases and 152 dead.

According to the Sri Lanka Muslim Council, a majority of the country's coronavirus victims follow Islam despite them making up just 10 percent of the 21 million population.

Council spokesman Hilmy Ahamed said Muslims feared seeking medical help as they did not want to be cremated if they died.

The Organisation of Islamic Cooperation last month urged Colombo to permit Muslims to bury their family members "in line with their religious beliefs and obligations".

The World Health Organisation also says burials should be permitted if carried out with precautions.

There have been ongoing tensions between Muslims and the majority Sinhalese -- who are mostly Buddhists -- since the deadly 2019 Easter bombings carried out by local jihadists.