Dev projects flawed at the outset 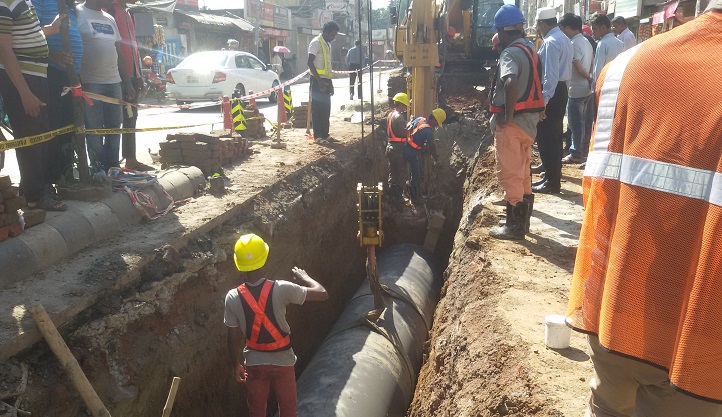 No feasibility study at all or not conducting those properly before undertaking projects have been detected as the main elements of the faulty project preparation.

The Implementation, Monitoring & Evaluation Division (IMED) has made the observation in a report after analyzing the trends of ADP projects.

“80 per cent of development projects have to be revised after approval. The main reason behind this is the absence of feasibility study or conducting it very casually,” commented Abul Mansur Md Faizullah, the immediate past IMED secretary.

“As a result, a messy situation is created after the project approval. Even though some project revisions have real causes, in most cases problems lie in project preparation,” he added.

The trend is not only draining out public money but also depriving people of getting the benefit of the government projects on time, according to IMED.

In its report, IMED has identified not conducting feasibility study as a major issue for projects under the Annual Development Programme (ADP).

Ministries, divisions or public corporations are not serious about conducting feasibility studies although there is a clear direction from the highest authority with regard to this, IMED say.

Besides, there was a provision earlier for compulsorily conducting a feasibility study in case of projects worth more than Tk 250 million, which is now Tk 500 million.

The project watchdog also came up with the observation that the existing framework for project preparation is very old compared with modern project management.

Financial components are usually more focused under this practice than other key issues like frond-end planning, stakeholder analysis and management, schedule management, risk management, quality management and project success criteria, it pointed out.

These are the main weakness of the project preparation, the major source of which is preparing project is a short time and by the less efficient people.

Projects’ logical framework is not prepared properly and in many cases, the work plan and the procurement plan outlined in the DPP or TPPs are not followed accordingly.

“The main reasons behind recurrent revisions for any particular project have to be identified first. Project preparation will be hasty if there is a pressure of project approval by Ecnec every week,” commented Dr Zahid Hussain, former lead economist at the World Bank’s Dhaka office.

Moreover, ministries also in a hurry to complete project papers, otherwise they lose the additional benefits from those schemes, he also alleged.

The planning commission has to take a tough stance to fend off such practices, the noted economist suggested.

He sought the commission’s more proactive role in plugging expenditure loopholes in projects like foreign tours for officials or others of money wastage.

For instance, a railway project for constructing 3rd and fourth duel-gauge lines in Dhaka-Tongi section has been limping for the last eight years.

Many key issues like detail design of the rail line and tendering service are yet to be resolved. Project officials said the project problems stemmed from the very outset of the project.

Now, the consulting firm is demanding more money, which is now under consideration of the railway ministry, they added.

Similarly, a project to upgrade distribution line in west zone area advanced only 34.5 per cent physically and 26 per cent financially in the last three years.

IMED in a recent monitoring report has said there was a problem in the formulation of the project.

Some planning commission officials said that the recent merger of economic cadre with administrative cadre has become counter-productive in terms of project evaluation.