A call to establish city courts for peaceful, low cost settlement of disputes 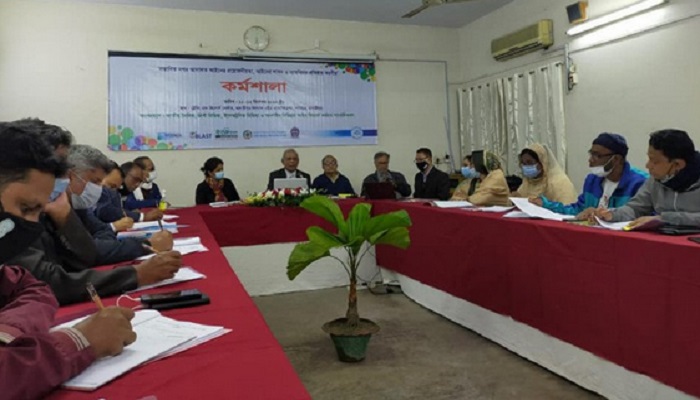 People from different strata of the society have made a call to the government for introducing city courts to resolve petty offences and disputes through out- of- the court arbitration.

The demand was made by eminent lawyers, public representatives and journalists at a workshop on the prospect of the city courts. The two-day workshop was held at Madaripur with concluding sessions on Saturday.

Drafted by Madaripur Legal Aid Association, a city court law was placed at the workshop to be examined and discussed.

BLAST and Nagarik Udyok were co-host of the workshop which was attended by office bearers and members of Dhaka-based Law Reporters’ Forum.

Speaking on the occasion, legal experts and right workers underscored need for city courts for settling petty disputes through arbitration.

Introducing city courts will reduce litigants’ sufferings and case backlogs in the courts, they said.

Citing feedback from village and municipal courts, they said resolving petty dispute through arbitration has gained much popularity in the rural area for being cost-effective and timely.

However, city corporations in the capital and other metropolitan cities are devoid of such system of resolving minor disputes, requiring city courts to be introduced, they opined.