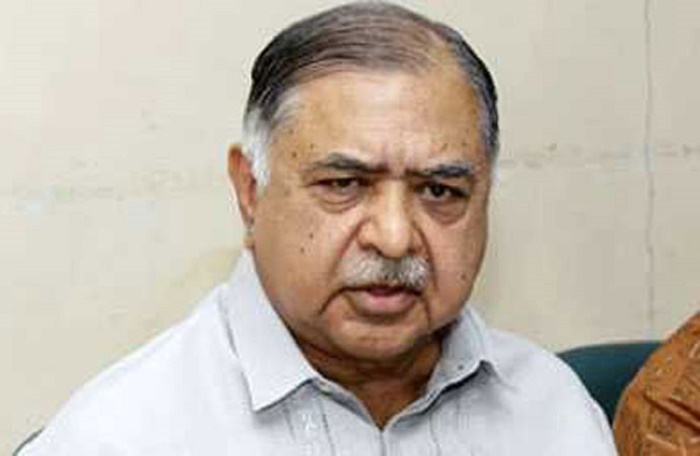 As part of an apparent move to keep his party united, Gano Forum President Dr Kamal Hossain on Sunday said all the recent expulsions and counter expulsions within the party due to misunderstandings among its leaders are ‘ineffective’.

In a statement, he said the existing problems within the party will be resolved through its national council.

“An unwarranted situation has arisen within Gano Forum due to misunderstandings. Its national council will be held to solve the problems that have arisen,” Dr Kamal said.

He said, “The expulsions and counter-expulsions that have already taken place within the party will be considered invalid.”

Conflicts within the party leaders began after its fifth council held on April 26 last year as many party leaders, including then general secretary Mostafa Mohsin Montu, were left out from the committee formed there.

Reza Kibria who joined the party before the 11th parliamentary election in 2018 was made party general secretary replacing Montu.

A group of party leaders, led by Montu, Dr Abu Sayeed and Subrata Chowdhury had a meeting on March 4 last where they demanded that an extended meeting be held while the problems within the party be resolved. They also sent a letter to Dr Kamal the same day.

In response, Reza Kibria served show-cause notices on 13 central leaders and later expelled four of them from the party.

Amid a deepening conflict among party leaders, Dr Kamal dissolved the party’s central committee on March 4, announcing a convening committee making himself the president and Dr Reza Kibria its convener.

On September 26, the Montu-led group had an ‘extended meeting of the party’s central committee’ at the Jatiya Press Club where they expelled Reza Kibria, AOM Shafique Ullah, Advocate Mohsin Rashid and Mostaque Ahmed for violating party discipline and constitution. The meeting also decided to hold Gonoforum’s national council on December 26.

On October 4, Dr Kamal Hossain, served show-cause notices on Montu, Syeed, Subrata and Zoglul Haider Afrik for ‘creating chaos in the party and violating its charter’.

The Reza Kibria-led group had a meeting on October 17 at the Jatiya Press Club where they expelled eight leaders, including Montu, Syeed, Subrata and Afrik.

They also decided to hold the party’s national council on December 12.

However, Reza Kibria announced to postpone the council through a statement on November 11 following an apparent understanding among the two groups.