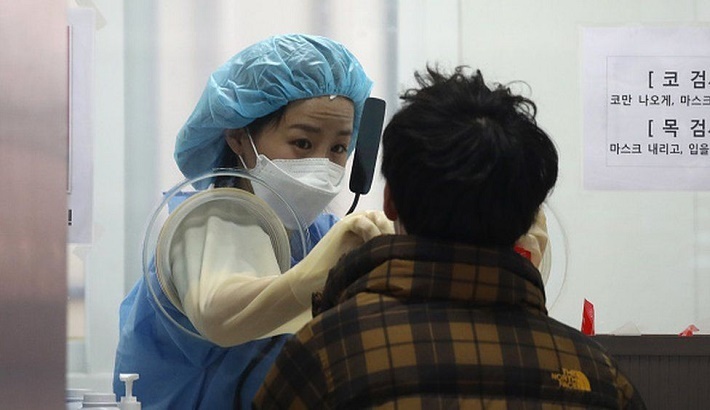 South Korea has recorded a new high in the number of coronavirus cases, with 950 infections announced on Saturday.

"This is the last hurdle before the roll-out of vaccines and treatments," he said.

Most of the new cases have been in the capital Seoul and the surrounding areas, BBC reported.

The region is home to around half of South Korea's population.

In recent days, the country has recorded between 500 and 600 new daily infections.

Earlier this week, South Korea raised its level of alert amid a third wave of cases.

New measures, which came into effect on Tuesday, include a ban on gatherings of more than 50 people. Gyms and karaoke bars have been closed, while restaurants are only allowed to offer deliveries after 21:00 local time.

However, the government has warned that restrictions could be raised to the highest level, which would see gatherings limited to 10 people, school closures and all but essential roles working from home.