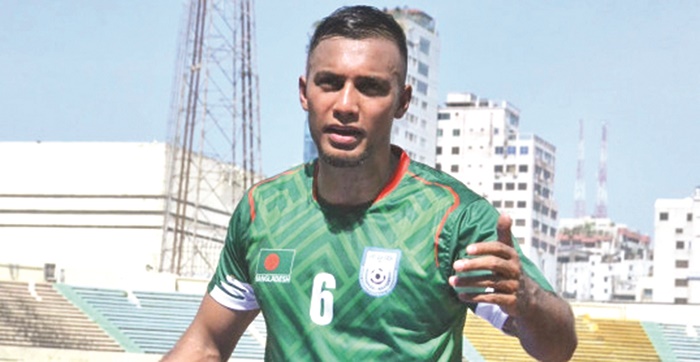 Bangladesh, which went to Qatar to play their lone away match of joint qualifiers round two for FIFA World Cup 2022 and AFC Asian Cup 2023, returned to Dhaka on Dec 5 with a 0-5-goal defeat to the Asian champions. The Danish-born Bangladesh captain stayed in Doha due to feeling a bit high temperature. Later, he reported positive on December 10.

“Jamal had a slight temperature when the team left for Dhaka from Doha. He stayed there and subsequently tested positive for coronavirus (on Dec 10). He is now under observation of Qatar FA and is in isolation at a hotel,” BFF general secretary Abu Nayeem Shohag told the reporters.

The Bangladeshi captain was supposed to fly to India on December 10 to join I-league Club Kolkata Mohammedan SC. The competition is scheduled to begin on January 9.

Bangladesh Premier League (BPL) club Saif Sporting Club formally released Jamal in November under an exceptional condition that the 30-year-old midfielder will have to return to the club in the mid-season transfer window of BPL, which is expected to be held from April 15 to 30.

Meanwhile, Jamal isn’t the first Bangladeshi player who is going to play for Indian clubs, but he is the first who will play in I-league.