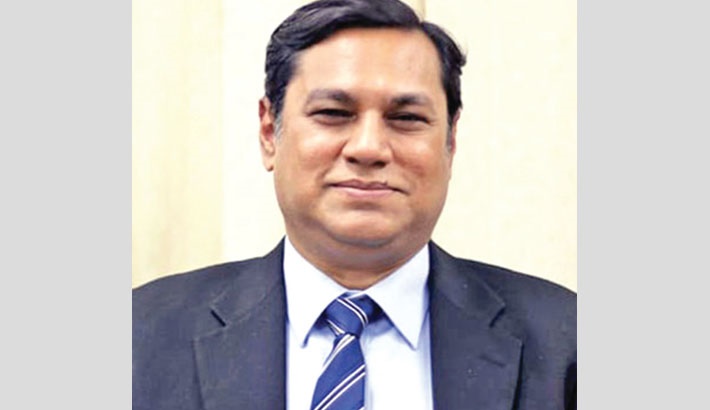 Some leaders of the Hefazat-e-Islam demanded that the government should not build sculptures of the Father of the Nation Bangabandhu Sheikh Mujibur Rahman and threatened to demolish those, if constructed, claiming that Islam prohibits the erection of sculptures. Under instigation from those leaders, two madrasah students allegedly under the supervision of two teachers mutilated a sculpture of Bangabandhu in Kushtia in the early hours of December 6. What does this signify? Is it an isolated and serendipitous event or the symptom of something grave?

If we decode the symbolism behind the attack, we can sense the gravity of the issue. It tells us that political Islam is back in action with their agendas of transforming Bangladesh into the Islamic Republic. The timing of their actions carries symbolic value. The Islamists attacked Bangabandhu’s sculpture in December, the month of our victory and on the eve of the 50th anniversary of our Independence. In fact, they did not attack Bangabandhu; they attacked the head and heart of Bangladesh as Bangabandhu is the architect of this country. This attack connotes that they neither accept nor belong to this state. They targeted Bangabandhu to advance their heinous political project that is transforming Bangladesh into something similar to Pakistan or Afghanistan. They masqueraded their project as Islamic to deceive people.

Many Islamic scholars have noted, based on the Quran, that it is not prohibited for Muslims to make sculptures if not worshipped. Many Islamic Republics and predominantly Muslim countries such as Saudi Arabia, Iran, Turkey, Pakistan, Malaysia, and Indonesia have sculptures of humans and animals at different places. Sculptures are cultural artefacts built to display national histories and memories and to show respect to legendary people to encourage citizens to learn from their lives. But, the Islamists, who assembled under the umbrella of the Hefazat-e-Islam, give a cold shoulder to any alternative explanations because they are committed to their political project. Guided by Wahabism and Salafism, which intended to transform Islam into a monolithic religion, they dream of transforming Bangladesh into the Islamic Republic.

However, this venture lacks novelty as it had been in play for the last 75 years to vilify the features of Bengali culture. It was first fielded in the early days of Pakistan. In the late 1940s, a section of the Mullahs issued fatwas against the Bengali language by dubbing it as an un-Islamic language to embolden the stature of Urdu as the state language of Pakistan. Our national poet Kazi Nazrul Islam was called a Kafir by the same people for upholding a secular spirit. Freedom Fighters were identified as the enemies of Islam as they fought against the Pakistani Army. The recent attack on Bangabandhu’s sculpture harkens back to the anti-Bangladesh propaganda.

Who are the people issuing fatwas against sculptures? A background search would reveal that they belonged to the camp that was defeated in 1971. Many of them are the second generation whose parents opposed the creation of Bangladesh and strove to protect the integrity of Pakistan in the name of safeguarding Islam. However, this new generation is smarter than their predecessors as many of them received education from abroad and have access to the new media.

Legally, the state does not need to bow down to religious fanatics for installing sculptures as it is not an Islamic republic. It is a secular country by her constitution. The constitution upholds secularism and offers equal rights to every individual and community including Muslims and non-Muslims. The citizens are free to practice their religious rituals without obstructing each other. However, the Islamists will keep hammering on the state to bend according to their will and endeavour to garner public support by offering purposive interpretations of the holy texts to the masses. They hold a strong and loud presence in social media, having many Facebook live sessions and hundreds of YouTube channels to deliver lectures and interpretations of Islamic texts.

This secularism versus Islamism conflict shows the potential to be a protracted ideological struggle. In this struggle, it is paramount to win the hearts and minds of ordinary people, more specifically that of the Muslims. Relying on Antonio Gramsci, we can explain the struggle as a war of position which is fought by strengthening cultural forces. The circulation of nuanced interpretations of the holy texts and the syncretic practices of the Bengali culture could help win people’s hearts and minds and inhibit ordinary Muslims from succumbing to the orthodox interpretations of the holy texts. Bangabandhu’s ideals offer us good lessons on maintaining a Bengali identity alongside practicing Islam.

This war will entail security threats to cultural forces if the Islamists indulge in violent movements and resort to sporadic attacks on secular voices like the way they did before. The law enforcement agencies need to enhance their vigil to stop the attacks and assassinations.

The result of this war will determine the nature of future Bangladesh: Will it remain as a secular country or transform into an Islamic republic like Pakistan or Afghanistan.

The writer is a Professor of Film and Digital Media Studies at the University of Dhaka and the Executive Director of the Governance and Policy Research Foundation (GPRF), an nonprofit research organization.