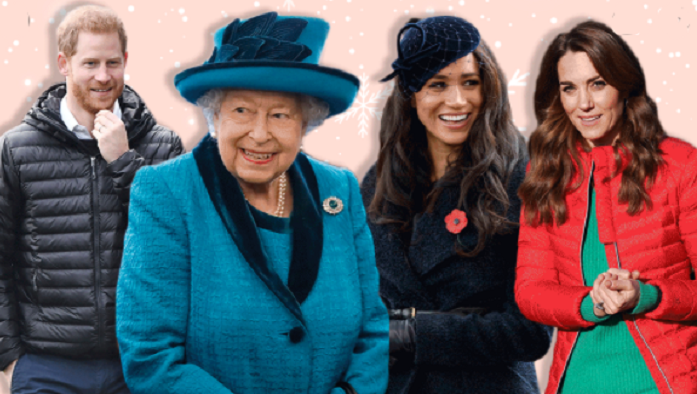 Meghan Markle has taken the crown as the most popular member of the British Royal Family according to new worldwide survey has claimed - but only just.

The Duchess of Sussex achieved a popularity score of 14.5%, coming in ahead of Kate Middleton by the smallest of margins on 14.4%.

And to show just how close the top three are, Her Majesty the Queen ranked third with a rating of 14.3% in the survey by online shopping site OnBuy.

Meghan's whirlwind year saw her announce she was stepping back as a senior royal at the start of the 2020.

While she didn't conduct royal engagements from that point onward, Meghan increased her presence as a speaker over Zoom calls during the coronavirus pandemic.

By contrast, her husband, Prince Harry, saw his popularity drop after his decision to quit royal life.

However he still beat Prince William as fourth most popular UK royal in the OnBuy survey.

The Duke of Sussex obtained a score of 14.2 percent, again taking position by a fraction of a percentage point.

It comes after the Queen has given the go ahead for a new version of 'The Firm' with eight senior members of the Royal Family attending events together from next year.

The ‘New Firm’ were pictured together as a group for the first time this week, as they paid tribute to the nation's coronavirus heroes at the end of Prince William and Kate’s whistle stop royal train tour of Britain.

The collective - which notably doesn't include Prince Harry, his wife Meghan or Prince Andrew - will work together and help highlight each other’s causes as they aim to get back to full duties “as soon as possible”.

The arrangement fits with Prince Charles’s long term vision of a slimmed down monarchy as well as the Queen’s mantra of “one must be seen to be believed”.

Her Majesty came up with the idea to have her family gathered on the steps of the Quadrangle at Windsor Castle, where she has been largely isolating for nine months.

It was deemed to be the perfect show of support for the Duke and Duchess of Cambridge as they brought their mini “thank you” tour of England, Scotland and Wales to a close on Tuesday evening.