NATO boss says China challenge too great for US alone 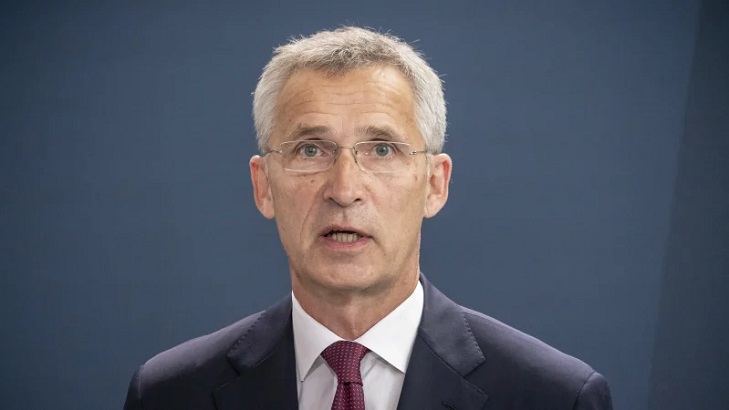 NATO is increasing cooperation with Australia, Japan and South Korea as the trans-Atlantic security alliance reacts to security challenges it says are posed by China.

The move reflects the reality that no single country can combat China on its own, according to NATO Secretary-General Jens Stoltenberg.

Stoltenberg reminded an audience at a virtual event for Politico that NATO was formed to defend democratic values which he said China did not share.

The nation's authoritarianism was evident in its crackdown on Hong Kong's autonomy and its treatment of minorities — a reference to the 1 million Uighur Muslims estimated to be detained in Chinese camps in Xinjiang province.

The remarks are part of a major repositioning by NATO, which was formed after World War II to secure peace in Europe against the threat of the Soviet Union.

NATO's new 2030 vision released last month, which calls for more resources to be devoted to addressing the security challenges posed by China, was part of the alliance's ongoing adaptation to defend its founding principles. These included democracy, the rule of law and individual liberty, Stoltenberg said.

"NATO's about defending those values," Stoltenberg told the forum.

"We all realise that the global balance of power is changing in a fundamental way, the rise of China is really changing the security environment we face.

"We see that in Hong Kong, we see it in the way they deal with minorities," he said.

"And if anything, the size of China, the military size, their economic size, their achievements in technology, all of that makes NATO even more important because no single ally, not even the biggest one - the United States - can address this alone," he said.

"So I strongly believe that NATO also should be a platform to help create a community of like-minded democracies and that's the reason why we've been reaching out to our partners in the Asia-Pacific: Japan, South Korea, Australia and New Zealand and we met with them actually last week at the foreign ministerial meeting."

Stoltenberg's comments reflect a sharp repositioning since the organisation's leaders last met in London a year ago - only the first time the alliance discussed China.

NATO's recent independent reflection report said: "Grave risks are posed by China in some critical sectors such as telecommunications, space, cyberspace, and new technologies, as well as disinformation campaigns."

"Since the start of the COVID-19 pandemic, China has conducted a disinformation campaign in numerous allied states.

"It has also committed widespread intellectual property theft with implications for allied security and prosperity, as well as cyber attacks on NATO governments and societies which have been attributed by allies as originating inside China."

It is in stark contrast to NATO's 2010 Strategic Concept which did not even mention the Asian giant.

The alliance has faced accusations that it is no longer fit for purpose with French President Emmanuel Macron describing it as "brain dead". It had also come under sustained attack from US President Donald Trump who argued his country was disproportionately funding the alliance.