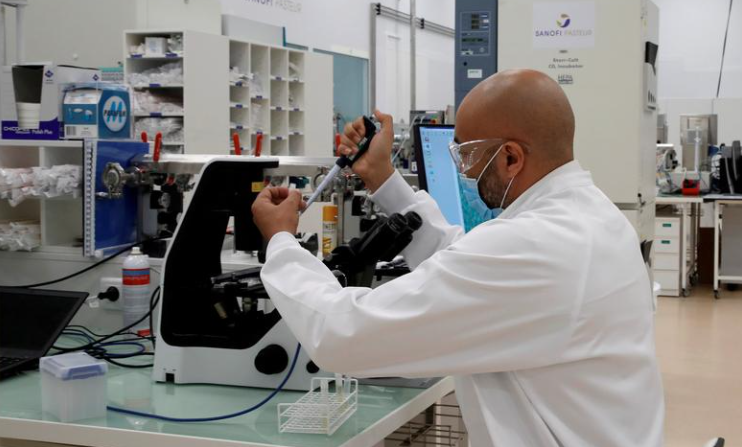 Sanofi and GlaxoSmithKline said clinical trials of their COVID-19 vaccine showed an insufficient immune response in older people, delaying its launch to late next year and marking a setback in the global fight against the pandemic.

The announcement on Friday, which highlighted the challenges of developing shots at record speed, hinders efforts to develop the multiple options that experts say the world needs to counter a disease that has killed over 1.5 million people.

The news, which came on the same day as Australia axed a domestic vaccine project, is also a blow for many governments that have booked hundreds of millions of doses of the shot, including the European Union, United States and Britain.

The two companies said they planned to start another study next February, hoping to come up with a more effective vaccine by the end of 2021.

The setback affects one of the most established technologies in vaccines - used against the human papillomavirus, hepatitis B and pertussis among other pathogens - which aims to introduce lab-made proteins into the body to prod the immune system into developing a targeted defence against the novel coronavirus.

It cements the lead of more novel approaches used by vaccines from the likes of Pfizer-BioNTech and Moderna, which use mRNA genetic technology to trick the body into producing those proteins. Both of those shots were found to be about 95% effective in successful large-scale trials.

Delays and additional trials are not unusual but the Sanofi/GSK announcement highlights the unique set of challenges facing drugmakers in multitasking science, speed and logistics during a pandemic that has crushed global economies.

It also underscores why governments have spread their bets by securing shots from different developers.

Australia, meanwhile, cancelled the production of a COVID-19 vaccine developed by the University of Queensland and using an adjuvant made by biotech firm CSL after trials showed it could interfere with HIV diagnosis.

“Science cannot be all about producing positive results; negative results will and must occur,” said Diego Silva, an expert at the University of Sydney School of Public Health.