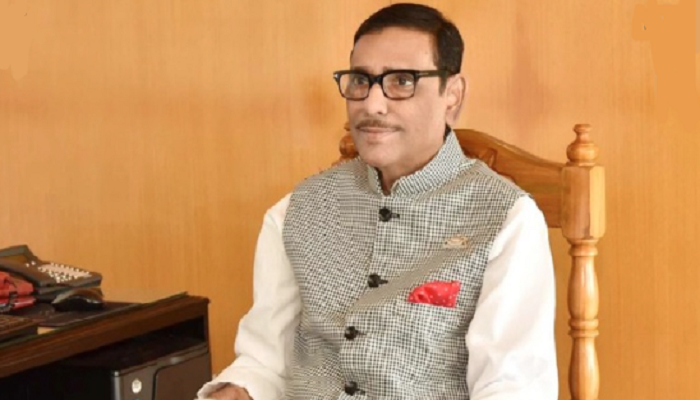 Awami League General Secretary and Road Transport and Bridges Minister Obaidul Quader said on Friday the extreme communal forces committed the unpardonable offence like vandalism of Bangabandhu’s sculpture under the patronization of BNP.

“BNP in one hand patronizes anti-Liberation and extreme communal forces, on the other hand, it always talks about democracy. Extremism had mounted up in the country under the patronization of BNP,” he said.

“BNP always talks about democracy. They claimed democracy existed during their government’s term. Then, how did the extremism mount up?” he questioned.

Quader said BNP created extremism and supported and nurtured militants to sustain in power and wipe out the spirit of Liberation War from the country.