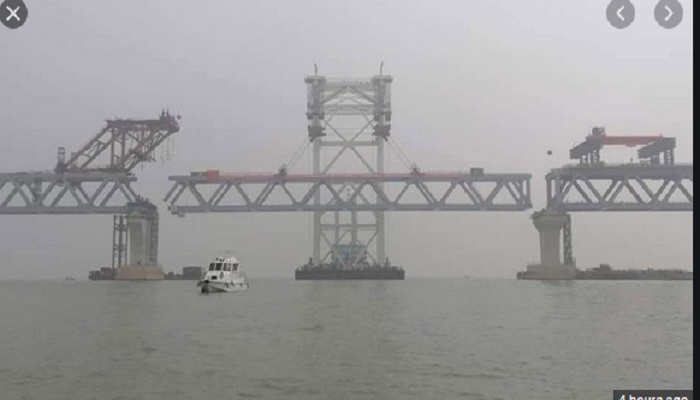 Around 24,000 vehicles are expected to run over the Padma Bridge daily, bringing 23 southeastern districts under direct contact with Dhaka and other parts of the country.

Sources said 40 percent of the 17 crore people of the country will benefit from the bridge due to quick movement of passenger buses and goods-laden trucks.

Report of a survey conducted by Asian Development Bank (ADB) shows movement of above number of vehicles to be taking place after bridge comes into operation.

Conducted in 2009, the survey said movement of vehicles will increase gradually, raising the number to 67,000 by the year 2050.

The bridge is a brainchild of Awami League government led by Prime Minister Sheikh Hasina conducting feasibility test during its first term in 1999. People of the southwestern parts of the country have been dreaming of having a bridge on Padma river since then.

The bridge will not only strengthen the country’s internal communications but also facilitate regional connectivity and trans-boundary movement of vehicles, said Sabuj Uddin Khan, additional chief engineer of Roads and Highways Department.

Prime Minister Sheikh Hasina inaugurated construction of main structures of the Padma Bridge on December 12, 2015. The first span of the bridge was installed on September 30, 2017.

Two separate surveys conducted by ADB and JICA show Padma Bridge investment’s Economic Rate of Return (ERR) to be standing at 18 to 22 percent per year.

The southern part of Bangladesh lags behind other regions in terms of education and healthcare facilities due to problematic communications. The bridge having completed, will pave the way for rapid advancement in trade and commerce, casting a positive impact on socioeconomic sectors of the belt.