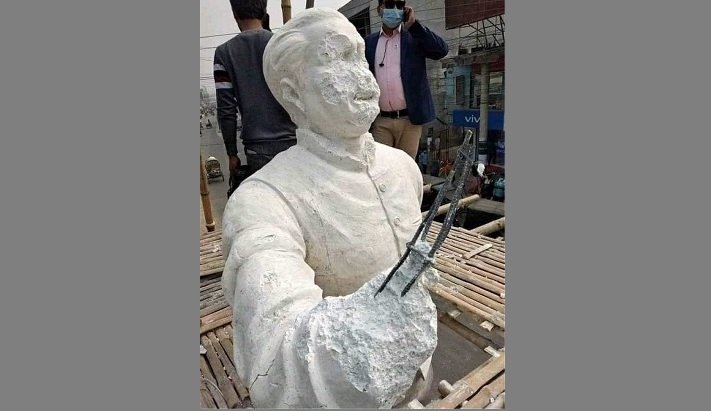 “The High Court has ordered punitive legal actions against those who oppose installation of Father of the Nation Bangabandhu Sheikh Mujibur Rahman, who vandalized the sculpture alongside the people who incite them,” Advocate Nahid Sultana Juthi told BSS referring to the yesterday’s order.

A High Court bench comprising Justice JBM Hassan and Justice Md Khairul Alam passed the order alongside a rule seeking explanation of authorities concerned about their actions against the culprits.

Juthi moved the plea before the court when Attorney General AM Amin Uddin took part in the hearing for the state while secretaries of home, religious affairs and liberation war affairs ministries, police’s inspector general (IGP), and Islamic Foundation’s director general were made respondents in the writ.

The Islamic Foundation director general and Baitul Mukarram National Mosque Khatib were asked to issue and disseminate statements in mass media to remove misleading ideas from public mind regarding sculptures and murals.

BSS yesterday issued a report on the court order where the role of Nahid Sultana Juthi was inadvertently downplayed as the main lawyer in the writ.