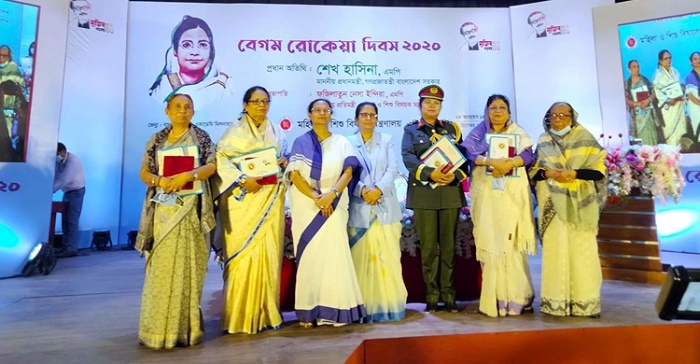 Five people received prestigious Begum Rokeya Padak 2020 on Wednesday in recognition of their outstanding contributions to society and women empowerment.

The award ceremony has been held at Bangladesh Shishu Academy auditorium at 10:00 am on Wednesday where Prime Minister Sheikh Hasina attended virtually from her Ganabhaban residence as the chief guest.

Like every year, the Ministry of Children and Women Affairs organised the event.

The government introduced the award in 1995 after the name of Begum Rokeya, a pioneer of women's liberation movement in the undivided Bengal.

Begum Rokeya was a leading feminist writer and social worker during the early 20th century and famous for her efforts to establish gender equality and ensure female education.