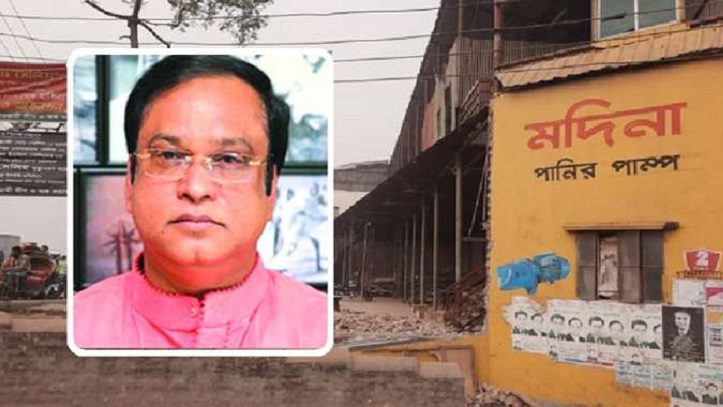 Lawmaker Haji Salim has demolished his own illegal establishments on the bank of Buriganga River at Swarighat Ghat area in Dhaka on Saturday.

The incident took place an hour before a scheduled drive of Bangladesh Inland Water Transport Authority (BIWTA) to evict the land grabbers and free government land on the bank of the river.

Associates of the Dhaka 7 MP torn down the establishments from a land, where he earlier put a signboard of Madina Water Tank, beside the Swarighat landing station.

Later a BIWTA team led by its Executive Magistrate Mahbub Jamil evicted other portions of the structure.

They reclaimed two acres of land from encroachers during the first day of the drive, he added.

Locals said associates of Haji Selim took away goods from the warehouse so that the goods were not damaged during the drive.