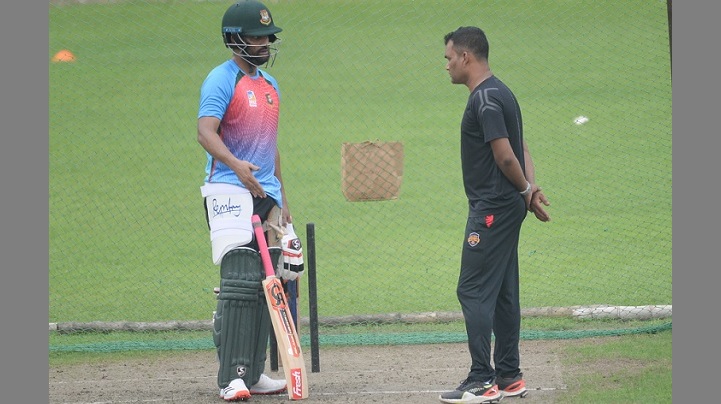 Bangladesh National Cricket Team ODI skipper Tamim Iqbal on Sunday said that the experience of leading a struggling side in the ongoing Bangabandhu T20 Cup will help him guide his national teammates in the upcoming days, provided he takes lesson from it.

“One should have every sort of experience. When you are playing at the top level that is one thing and when you are going down, you need to learn from that as well,” Tamim told reporters at Sher-e-Bangla National Cricket Stadium on Sunday.

“The most important thing is that whether I am learning from it or not. If I can learn from here and if a similar situation arrives in future and I react better (as a captain) you can say that this experience is paying dividend. It is difficult to motivate a team that is not doing well. There are some talented young players in our team and I talk with the quite often,” he said.

Tamim replaced Mashrafe Mortaza as the ODI leader after the inspirational skipper stepped down from the position.

Tamim said that motivating a struggling side is always difficult and the best thing to do is to lead from the front.

“During these times (when the team is going through a crisis) I think it is better to lead with the bat instead of talking because I can talk the whole day but if I make the same mistake then there will be no value (of my words). So I have to show them what I actually want because after that they will value my advice,” said Tamim.

“Apart from the second match (where he scored unbeaten 77 runs) in the last three matches I got out after making 30 and now if I could translate one of those starts then they could have got a good message,” he said.

Tamim believes that from a batting perspective, he is doing okay but added that he feels that it is never enough.

Tamim scored 187 runs in five matches which includes one half-century with a strike-rate of 116.87, averaging 46.75 in the ongoing T20 tournament.

“To be honest, it’s never enough. I am batting well,” he said

“I won’t say it is great but it is not too bad either,” he said adding that he is well aware that their back is against the wall.

“Definitely (our back is against the wall). We are not in a good situation from any perspective. We have to win all the three matches while others have to lose as well,” he said.

“But if we can do well in our remaining matches, then we have a chance to qualify,” he concluded.