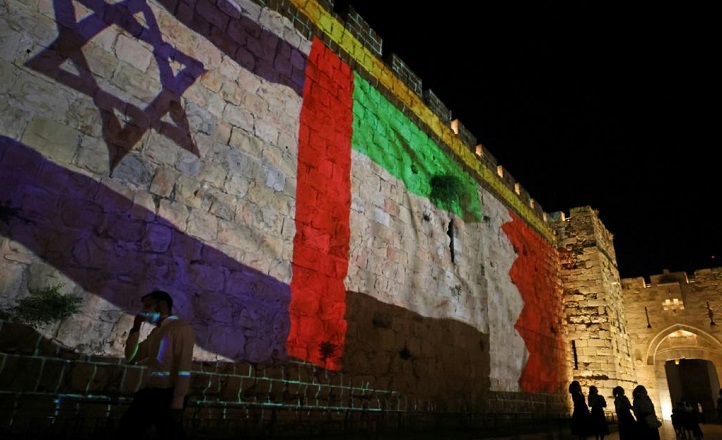 An influential Saudi prince launched a bitter attack on Israel at a regional conference Sunday, drawing retorts from the Jewish state's foreign minister who addressed the gathering virtually.

The row erupted months after the UAE and Bahrain broke decades of Arab consensus by normalising ties with Israel, a move condemned as a "stab in the back" by Palestinians.

Prince Turki al-Faisal, a Saudi former intelligence chief who is said to be close to the country's top leadership, reiterated strong support for the Palestinian cause in a fiery presentation to the Manama Dialogue security forum.

In unusually blunt language, he accused Israel of depicting itself as a "small, existentially threatened country, surrounded by bloodthirsty killers who want to eradicate her from existence".

"And yet they profess that they want to be friends with Saudi Arabia," he said.

He described the Jewish state as a "Western colonising power" and outlined a history of forcible eviction of Palestinians and destroyed villages.

Palestinians were held "in concentration camps under the flimsiest of security accusations -- young and old, women and men, who are rotting there without recourse to justice," he said.

He said the Israeli authorities are "demolishing homes as they wish, and they assassinate whomever they want."

Israeli Foreign Minister Gabi Ashkenazi addressed the meeting by videoconference shortly afterwards, expressing his "regret" over the comments, which come after years of covertly warming relations between the two Mideast powers.

"The false accusations of the Saudi representative at the Manama Conference do not reflect the facts or the spirit & changes the region is undergoing," he said in a tweet.

"I rejected his remarks & emphasised that the 'blame game' era is over. We are at the dawn of a new era. An era of peace."

Prince Turki, who said his comments reflected his personal view, voiced scepticism over the US-brokered Abraham Accords, to which Washington has been urging the kingdom to sign up.

"You cannot treat an open wound with palliatives and painkillers. The Abraham Accords are not divine writ," he said.

The agreements between the two Gulf states and Israel have undermined the Saudi-sponsored 2002 Arab Peace Initiative, which maintained that Arab states would not establish relations with the Jewish state until it made peace with the Palestinians -- a position Riyadh has reiterated in recent months.

However, Ashkenazi said the agreements were an opportunity for the Palestinians and offer a "window to solve this conflict".

"The Abraham accords do not come at the expense of the Palestinians. Quite the opposite, they are an opportunity that should not be missed," he said, urging them to return to peace talks which were frozen in 2014.

Despite Prince Turki's blunt rhetoric, mutual concern over Iran has gradually brought Israel and Gulf nations closer, and Riyadh itself has quietly been building relations with the Jewish state for several years.

Reports last month that Israeli Prime Minister Benjamin Netanyahu had held secret talks in Saudi Arabia fuelled speculation that a normalisation accord with the Gulf's top power could be in the making.

Riyadh, however, denied that the meeting had occurred.

"We've been quite clear that in order for us to proceed with normalisation we will need to see a settlement of the Palestinian dispute and the formation of a viable state of Palestine along the lines envisioned in the 2002 Arab Peace Initiative," he said in an interview in Manama.

Asked whether that effectively ruled out the establishment of ties with Israel any time soon, he said he was "optimistic that there is a path towards a resolution between the Palestinians and Israelis".