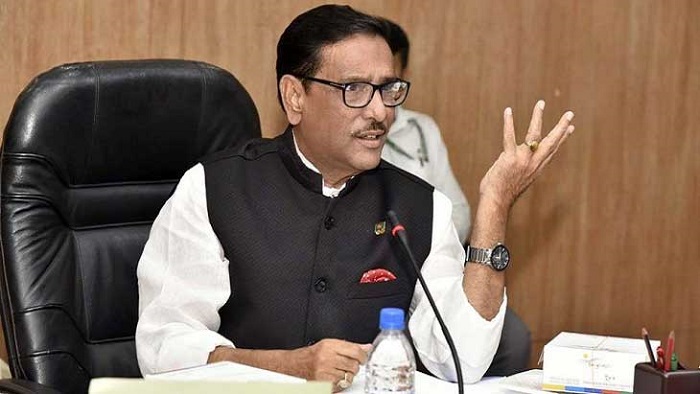 Awami League General Secretary and Road Transport and Bridges Minister Obaidul Quader on Sunday said stern punitive actions will be taken against those who vandalized an under-construction sculpture of Bangabandhu in Kushtia.

“Vandalism of Bangabandhu’s sculpture is a severe offence that cannot be pardoned in any way. Those who are involved with the incident will be exposed to stern punitive actions by scrutinizing the CCTV footage,” he said.

Quader was addressing an extended meeting of Narsingdi district unit of AL, joining it through a videoconferencing from his official residence on parliament premises in Dhaka.

The minister said the government “will not spare” any derogatory comments, speeches and behaviors those will be conflicting with the country’s constitution and laws.

He said an extreme communal force is making ill attempts to create religious turmoil centering a settled issue of the country’s history.

Defamation of sculpture of Bangabandhu, who is the architect of independent Bangladesh, is a severe blow to the root of country’s spirit, he added.