Scammers out on YouTube to deceive flat, plot buyers 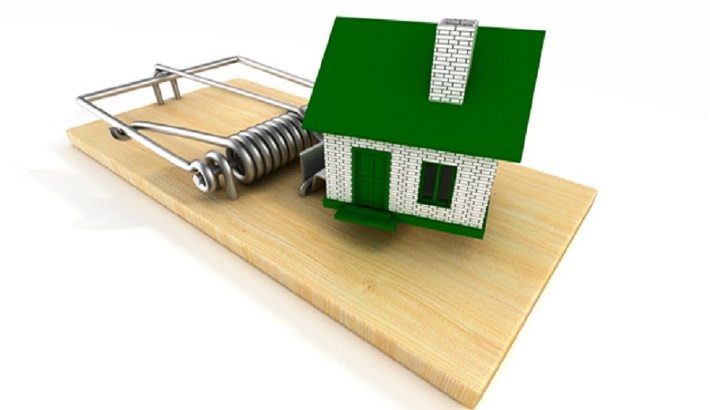 The channel shows videos of flats being sold at as low as Tk 2-3 million each in posh city areas like Dhanmondi, Gulshan and Uttara. Failing to resist his temptation, Matiur contacted channel owner Zahurul Islam expressing his desire to buy a flat. He was shown multiple views of a flat in Uttara and he chose it after an on-site visit.

After three days, Zahurul and his men took Tk 25,000 from Matiur in the name of making documents. Over the following six months, he was forced to shell out more money for booking the flat, installing good basins and tiles and making paperwork.

The channel one day went off suddenly and Matiur could understand that he was cheated. Then he lodged a complaint with the Criminal Investigation Department (CID) of police.

Fraudsters are swindling unsuspecting people out of millions of Taka making lucrative offers to sell flats and land plots in such videos on YouTube mainly due to their lack of knowledge about digital platforms, simplicity and excessive greed.

The CID which used to receive thousands of allegations of fraudulence through bKash is now getting a slew of complaints of people being deceived in the name of selling flats and land plots on YouTube channels. The channels disappear after their target is fulfilled.

A total of 17,703 complaints were lodged through the Facebook page of CID’s Cyber Police Centre (CPC) from September 5 to October 10 this year.

Of them, 185 were related to bKash fraudulence while one-third was account for cheating showing videos on YouTube, according to sources at the CID headquarters.

Sources said these extremely clever cyber criminals make various traps to con people out of money. They have now deceiving people in the name of selling flats and land plots on YouTube channels.

When he contacted Akash Khan, owner of YouTube channel ‘ShokherJaiga-Shokher Bari’ (Place of Hobby-Home of Hobby), he was shown two places in Mirpur and Keraniganj on the outskirts of the capital.

After the initial conversation, the fraudster took Tk 20,000 in the name of making land documents. Over the following six months, many more videos were uploaded to the channel with such lucrative offers. However, it disappeared one day suddenly.

A top CID official said several victims of such type of crime contacted them seeking redress. “In the wake of their allegations, we’ve launched a crackdown on these fraudsters. We’ve been able to arrest Zahurul and Akash along with their accomplices,” he said.

He said fraudsters buy YouTube channels having more subscriptions. Later, they made videos of flats and land being sold in a tempting way to attract people and uploaded those to their YouTube channels.

If 0.3 million people follow a channel, fraudsters will get hundreds of unsuspecting people to rob, the official said.

He said if someone shows interest to buy any flat or plot, they take money through bKash for different purposes.

Those who want to buy a flat do not usually object to paying Tk 10,000-20,000 initially, the CID official said. “In this way, the fraudsters make millions of Taka by deceiving hundreds of people.”

Quamrul Ahsan, CPC additional deputy inspector general (DIG), said: “Nowadays we’re receiving various complaints related to YouTube scams through our Facebook page and hotline. Before going for taking any action, we do the background check of those complaints.”

He advised people to resist any temptation and take advices from someone who understands technology well before engaging in transactions on online platforms.

The CID, a specialised police unit, also urged people to contact it for any cyber-related query and lodging complaints.

Anyone can call at 01320010148 of the Cyber Police Centre, which is open 24 hours a day. A police official with the rank of sub-inspector is in charge of it.

There is also the verified Facebook page, Cyber Police Centre, CID Bangladesh, through which complaints can be lodged.