DAP to shape the future of Dhaka 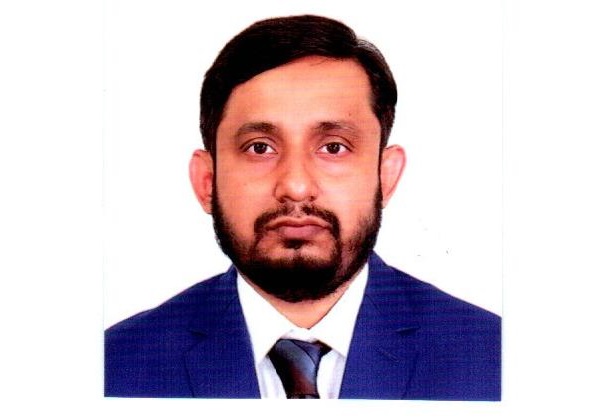 A gazette on the Detailed Area Plan (DAP) was published on June 22, 2010. The plan was effective till 2015. The next DAP for 2016 to 2035 began to be drafted in March 2015. Consulting firms Sheltech Pvt Ltd and DDC Pvt Ltd are engaged in the drafting project under a work order issued by Rajdhani Unnayan Katripakkha (RAJUK).

The much-awaited DAP has been drafted with a validity of 20 years. The plan encapsulating 1528sqkm of Dhaka and adjoining areas outlines vision for the next two decades of the city.

The project area has been divided into six separate regions and 75 sub-regions.

The main objective of the latest DAP is to make Dhaka a human-centred city. It is based on an inclusive plan to accommodate various classes of people addressing their socioeconomic needs. The DAP will smoothen the life of all people and upgrade their future.

The plan was drafted in five steps. A rough plan was presented before a 39-member committee comprising representatives of the public and private organisations to be finalised in every segment. Later, the draft was placed before the technical committee. After approval, it was posted on the RAJUK website inviting people and stakeholders to make recommendations and objections, if any.

The DAP has been drafted ensuring participation of cross-sections of people. Around 7,500 opinions and recommendations were obtained during the public hearing for two months. The plan is being edited in line with the recommendations. View-exchanges with people from various sectors continue.

It is important to note that the DAP provides suggestions to encourage the use of restricted mixed lands, determine population density in different areas, creating a blue network, waterways and ensuring ideal physical infrastructures for planned urbanisation.

Housing for Low and Middle-class People

The newly drafted DAP has emphasised on the resolution of the housing crisis of the marginal class of people. The city’s population includes a large number of low and middle-income people. The plan suggested relaxing the existing terms and conditions so that insolvent people can afford housing facility.

The government has already initiated rental housing and other projects for low-income groups. The new DAP will pave the way for the private sector to take up housing projects for the insolvent people.

The revised DAP has suggested construction of housing in ecologically preferred places avoiding deltaic and agricultural lands. Vertically extended township has been recommended in the plan.

The DAP has been sketched to turn Dhaka city into a modern city meeting the demands of the 21st century.

On September 6, Rajuk uploaded the draft of DAP for public review on its website. Since then, city dwellers, experts and people have been submitting different suggestions, observations and complaints on the plan.

The newly-drafted DAP has suggested strengthening roadway, waterway and railway to ease movement of people and shipment of goods. The plan has proposed to ensure 2,749km of roads. Five metros, two BRTs, six elevated expressways, two main roads parallel to Dhaka-Mymensingh highway, two ring roads, radial roads connected to ring roads, a round waterway have been proposed. Such proposals have been made keeping pace with Dhaka Structure Plan 2016-2035 and Strategic Transport Plan 2016-2035.

Bus stops and railway stations normally see huge crowds. These places also facilitate economic and commercial enterprises. Such places and adjoining areas are going to be developed and revamped to facilitate residential and commercial facilities as well.

Pedestrians and Non-motorised vehicles to get Priority

The DAP has seriously considered the convenience of pedestrians and non-motorised vehicles. Low-cost vehicles are encouraged as some costly transport projects have failed to reduce traffic jam and resolve transport problems. Around 35-40 per cent people are habituated to walk despite adversities. So the DAP proposed to construct separate lanes for walkers and manual vehicles.

People should get easy access to education and healthcare facilities in their areas. Children in most developed countries receive education in nearby schools and colleges. Implementation of the plan will be conducive for resolving traffic jam and many other problems.

Dhaka city lacks an adequate number of parks, open spaces and playgrounds. A survey shows that open space in Dhaka is 0.9 per cent of the total area. The new plan has proposed to create more parks coupled with afforestation to ensure ecological balance.

The city dwellers, especially children are still dependent on Ramna Park for recreation and access to open space. So 49 water parks, five echo parks and eight playgrounds and other parks have been proposed in the draft.

Exchange of land can pave the way for sustainable development. The draft DAP has proposed to protect historically important establishments, arable lands, flood flow zones and other sensitive areas.

The new DAP has been designed in line with the ‘Vision 2041’ announced by Prime Minister Sheikh Hasina in order to turn Bangladesh into a developed country and improve the living standard of people. The DAP will be finalised considering all constructive suggestions and recommendations made by the experts and stakeholders.

(The writer is Project Director of the Detailed Area Plan)