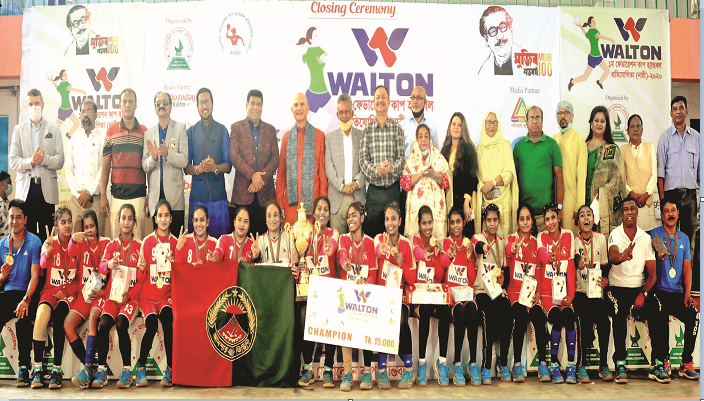 The champions were awarded with Tk 15,000 while the runners-up team Tk 10,000 and the third-placed team Tk 5,000. Sponsors Walton Group provided jerseys to the participating teams. Rubina of Police team adjudged as the player of the competition. Jamalpur SA clinched the third slot beating Naogaon DSA by 20-18 goals in the place-decider at the same venue on Thursday.