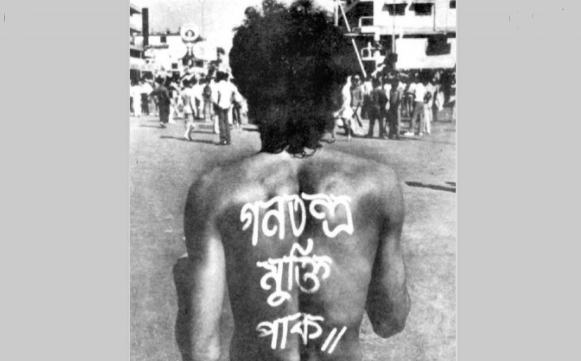 ‘Ganatantro Mukti Dibas (Free Democracy Day)’ will be observed in the country tomorrow marking the fall of the then autocratic ruler in 1990.

On the eve of the day, Prime Minister Sheikh Hasina in a message greeted the countrymen, describing them as “Sentinel of Democracy”.

The 6th December is a significant day in the history of restoring democracy, she said, adding that on this day in 1990, the autocratic government had fell down.

“We spearheaded a long campaign to restore democracy uprooting the autocratic regime to establish the people’s fundamental rights and the country’s people spontaneously took part in the movement and shed their blood,” said the Prime Minister.

“In the days following the killing of Father of the Nation Bangabandhu Sheikh Mujibur Rahman, the people’s right to vote and democratic values were destroyed.

A reign of terror was established after distorting the glorious history of the Liberation War,” Sheikh Hasina said.

“We struggled for a long time to establish the people’s fundamental and voting rights as well as democracy. The people of the country took part in the movement spontaneously and many of them including Nur Hossain, Babul, Fattah and Dr Million sacrificed their lives to liberate democracy from the grip of the autocratic ruler.

“The autocratic ruler was forced to step down in the face of mass upsurge. We are committed to upholding the achievements,” she added.

The Prime Minister said, “I’m grateful to the people for their spontaneous sacrifice,” she said adding, “I pay respect to all martyrs who sacrificed their lives to protect the democratic rights of the people.”

Anti-democratic forces are still hatching conspiracy to destroy democracy, she said and urged all to work together to thwart conspiracies to strengthen the foundation of democracy and take the country’s development ahead for building hunger-poverty free ‘Sonar Bangla’.