Insult of Bangabandhu will not be tolerated: Hasan 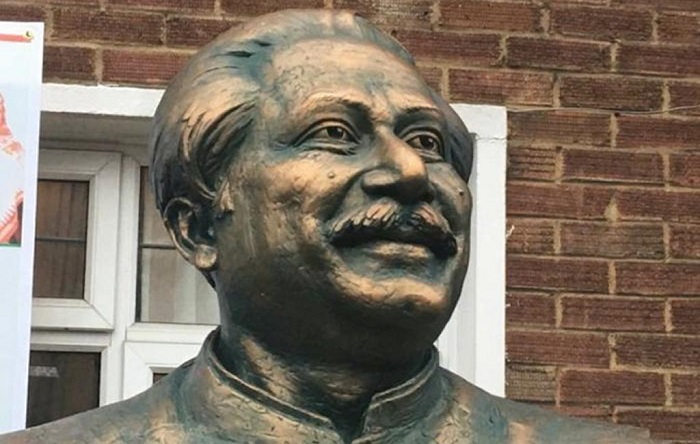 Information Minister and Joint General Secretary of Awami League Dr Hasan Mahmud said that the insult of Bangabandhu over any issue will not be tolerated.

“We could not celebrate Mujib Year properly because of coronavirus pandemic, but a vested quarter is creating controversy in various ways towards the end of the Mujib Year,” he added.

He was speaking as chief guest at a function to distribute copies of the book ‘Life and Works of Bangabandhu’ at Bangabandhu Hall of Chattogram Press Club (CPC).

Dr Hasan said that instability is being created in society by drawing various controversial issues with ill motives.

It is the right time to resist those who want to take the nation backward and, the minister added.

Dr Hasan urged journalists to be vigilant against those who want to insult Bangabandhu and create violence in society by drawing various issues.

He said that the role of media is very important to stop the fanatic forces who are trying to push the country backward.

The minister said that Bangabandhu had awakened an unarmed and sleeping nation with the motto of independence. Otherwise, the nation did not earn liberation, he added.

He said that Bangabandhu was the first to inspire the Bengalis with the motto of independence and established an independent nation state for the Bengalis by sacrificing a sea of blood in the thousands years of world history.

The information minister said that many people had agitated the Bengalis in the past, called for independence, but it was not successful. Bangabandhu is the only leader who was able to earn their love and inspire them to sacrifice their lives, he added.

“Not only in the case of Bengalis, but in the context of the whole world, there are a very few leaders who have been able to inspire people in this way to sacrifice their lives. That is why Bangabandhu is the greatest Bengali of all time,” he added.

Dr Hasan said Bangabandhu established the Bangladesh Press Council in 1974 with the aim of resolving any disputes between the newspaper readers and the media.

The minister said that the Press Council has been established as a judicial board in this case.

We are trying to present it in the next session of Parliament. If that happens, the power of the Press Council will increase a lot. Then the people as well as the journalists will be able to take remedial action from Press Council,” he added.

Dr Hasan hoped that the Press Council will be able to work effectively for the welfare of the people, journalists and the state as a whole.