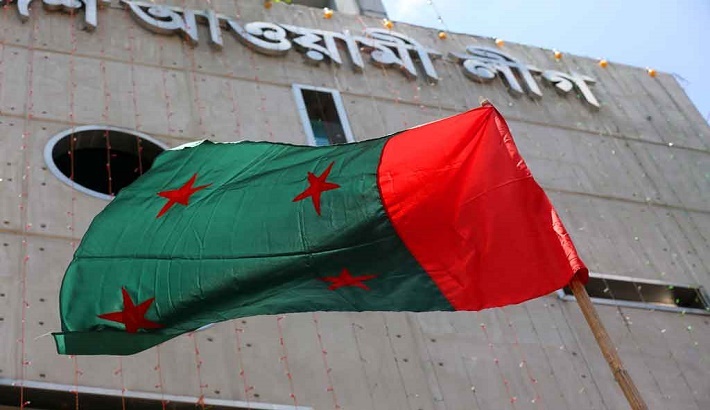 The ruling Awami League, which is now struggling to maintain party discipline particularly at the grassroots level, is desperately trying to bring the party under a regulation and restore unity.

The party is now taking disciplinary actions against grassroots leaders for their misdeeds, anomalies and violation of party discipline to give a clear message on party’s tough stance.

Insiders said most of the grassroots units are facing inner conflict, rivalry and discipline problems as the AL is in power for three consecutive terms.

There are also allegations against grassroots leaders that they do not pay heed to central leader’s advice and form unit committees as per their will inducting own men to create own group, sources said.

Even the grassroots-level leaders have been refusing to follow the central committee’s orders for a long time, sources said.

Awami League presidium member Faruk Khan told the Daily Sun that none would be allowed to create disarray in the party and breach unity.

“Our party has been taking stern actions against any kind of misdeeds, anomalies and creating internal feuds,” he said.

“We did not hesitate to take action against any wrongdoer despite their dedication to the organisation. Party has taken organisational and legal actions against some leaders of party and associate bodies as they were involved in irregularities,” he added.

Referring to the past grassroots elections, several party leaders sheltered rival candidates and the party high command failed to convince those rival contenders to withdraw their candidature, for which, the party had to face debacle in local body elections.

Recently at a local body nomination board meeting, Awami League high-ups decided not to pick any rebel candidate even they are more popular in their respective constituencies and in the party. So, none would be allowed to get party tickets in the upcoming any kind of elections, sources said.

At the same meeting, Awami League President and Prime Minister Sheikh Hasina firmly said, “Such drastic measures will continue in the future. District and metropolitan leaders, who fail to carry out the organisational work due to internal feuds, will be relieved from their duties.”

Referring to the presidium meeting held last October, a senior leader said a decision has been taken to oust those grassroots leaders who are involved in breaching party decision and failing full-fledged committees as per party directives and to keep unity.

There are also allegations against the grassroots for trading unit committee posts and inducting relatives, controversial and intruders in the committees to create own ring by cornering party dedicated and tested leaders.

Awami League General Secretary Obaidul Quader warned party leaders that ‘my men’ committees would not be accepted and dedicated party workers should be given space and empowered to survive in politics.

“There will be no room for controversial, intruders, offenders, extortionists, grabbers and radicals in any committee,” he said.

As per the plan, the ruling Awami League has given nod to its unit committees and full-fledged committees of associate bodies after a thorough investigation.

Besides, the ruling Awami League relieved two presidents and general secretaries of Narsingdi and Sirajganj for their internal feuds, failing full-fledged committees unitedly and holding unity in the party.

Meantime, the party has also expelled many party leaders and local body representatives for involving in irregularities and anomalies during the COVID-19 pandemic.

Reiterating party stance on this regard, organising secretary of AL SM Kamal Hossain told the Daily Sun that they would try to tame rebel candidates in the upcoming elections.

“We will not hesitate to take actions against anyone…even they would be expelled from the party,” he said.