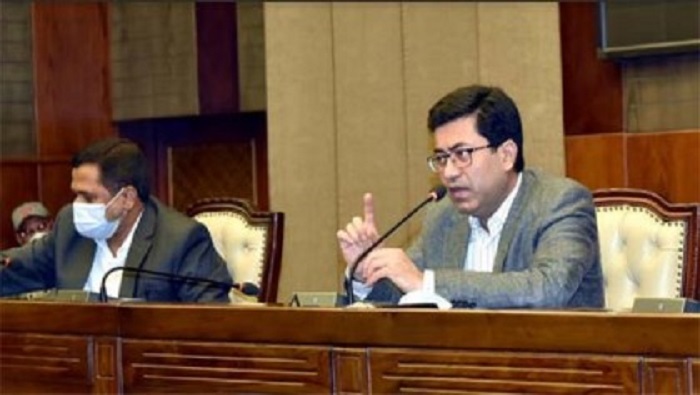 He made the remarks while exchanging views with reporters after paying homage to Shaheed Sheikh Fazlul Haque Moni at Banani graveyard this morning, said a press release.

Taposh said, “We will always feel the void of Shaheed Sheikh Fazlul Haque Moni. He himself joined the war of liberation, organized and commanded the Mujib force. At the same time, he used his pen to build the nation after independence.”

As part of the day-long program to celebrate the 71st birthday of Shaheed Sheikh Fazlul Haque Moni, father of Dhaka South City Corporation Mayor Barrister Sheikh Fazle Noor Tapas, meals were served to students of Haji Abdul Wahed Hafizia Forkania Madrassa in Ward No. 31 of Zone-4 while special prayers were organized at the mosque-temple-pagoda of South City Corporation after Johar and discussion meeting and prayer mahfil have been organized on Nagar Bhaban premises.