Next PDM meeting will be held on December 8, says Fazlur Rehman 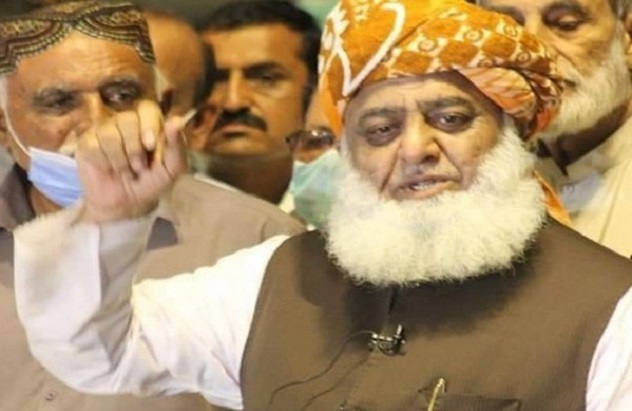 Pakistan Democratic Movement (PDM) chief Maulana Fazlur Rehman on Tuesday said that the next meeting of the leadership of the opposition alliance will be held on December 8 in Islamabad where it will devise its further strategy.

The Jamiat Ulema Islam-Fazl (JUI-F) chief paid a visit to the Gilani House on Tuesday to congratulate former Prime Minister Yousuf Raza Gilani and his sons over the successful public meeting of the PDM, reported Dawn.

While talking to media at a joint presser with Gilani, he said that the final decision in connection with the ‘long march’ on the federal capital would also be taken in the PDM’s Islamabad meeting.

He also reiterated that Prime Minister Imran Khan had become “irrelevant” to all sorts of political and administrative decisions being taken in the country, adding that the PDM was fighting for the rights of the people.

While responding to the Khan-led Pakistan Tehreek-e-Insaf (PTI) leaders allegation that the opposition’s agitation had hit the country’s economy, he said the growth rate in the tenure of the previous (PML-N) government was 5.5 per cent and the target for the next year was six per cent, but during the tenure of the two years of the PTI government, it plummeted to 0.4 per cent.

He also rejected Imran Khan’s claim that the economy was improving, Dawn reported.

He further regretted that the prices of life-saving medicines had been increasing rapidly, while the ratio of unemployment in the country was also rising with every passing day.

Meanwhile, Gilani said that the Pakistan Peoples’ Party (PPP) was thankful to Rehman, and that the PDM event was successful despite all hurdles created by the government, and further claimed that the government ministers were now admitting that their approach was wrong.

He added that party chairman Bilawal Bhutto-Zardari would represent the party in the PDM’s Lahore rally scheduled for December 13, despite the latter testing positive for Covid-19.

This comes after the fifth power show of the PDM began on Monday amid the government’s desperate attempts to obstruct it.

The PDM has held four similar rallies in Peshawar, Gujranwala, Karachi, and Quetta since October 16. (ANI)