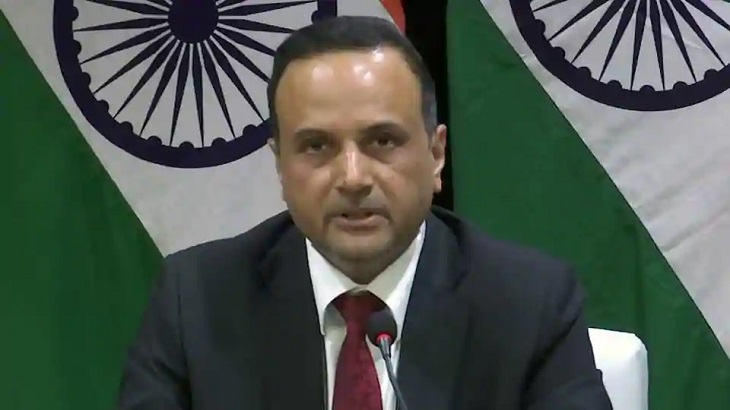 India on Thursday blamed Pakistan for linking Kulbhushan Jadhav with another prisoner case.

“Pakistan is trying to link the case of Kulbhuashan Jadhav with another prisoner’s case. In routine consular practice, Shahnawaz Noon was selected by our High Commission to appear in the case for release and repatriation of an Indian prisoner, Mohammad Ismail, who has completed his sentence but continues to be in jail in Pakistan,” Ministry of External Affairs (MEA) spokesperson Anurag Srivastava said at the weekly media briefing.

“However, during the proceedings of the case regarding Ismail, Pakistan Attorney General raised the matter pertaining to Jadhav though the two cases are not connected in any way, and Noon is reported to have made those statements about our Charge d’Affaires (Cd’A) which are not true, and they are in contravention of our stand in this case,” he added.

Srivastava said Noon did this under pressure and has misrepresented the position of the High Commission.

He was clearly told by the High Commission that he had no authority to represent either the Government of India or Kulbhushan Jadhav.

“Noon is reported to have made those statements which are not true and are in contravention of our stand in the case. He appears to have acted under pressure from the Pakistani establishment to make such statements for which he has no authorisation,” Srivastava said.

Pakistan has failed to respond on the core issues concerning the case including the provision of all documents and an unimpeded unhindered and unconditional consular access of Kulbhushan Jadhav which would form the basis of an effective review and reconsideration as ordered by the International Court of Justice.

Indian Mission in Islamabad has written to Noon reiterating that he has no authority to represent Jadhav and has no basis to suggest that the Indian Charge d’Affaires would appear in the court.