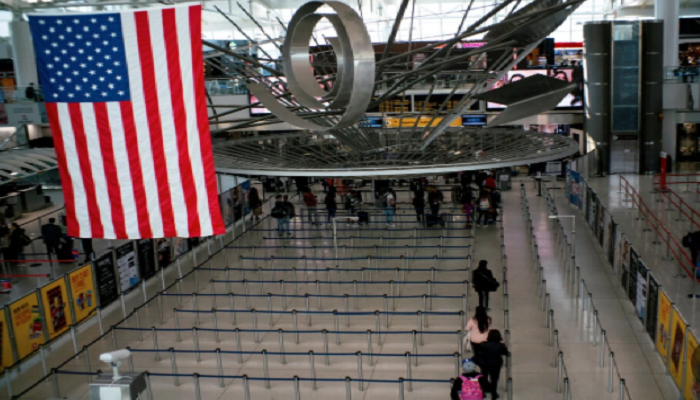 The Trump administration on Wednesday issued new rules to curtail travel to the United States by members of the Chinese Communist Party and their immediate families, a move certain to further exacerbate tensions between the two countries.

The new policy, which took immediate effect, limits the maximum duration of travel visas for party members and their families to one month, according to a State Department spokesman.

That means the Chinese recipient must use the visa to enter the United States within one month of it being issued. Based on standard procedure, US border officials would determine at the point of entry how long the visitor can stay. The officials could still permit a multi-month visit.

A visa also does not guarantee entry into the United States; it only allows for consideration of entry by U.S. border officials.

Previously, party members, like other Chinese citizens, could obtain visitor visas for the United States that were valid for up to 10 years.

Travel visas for party members will also be limited to a single entry rather than multiple entries as was possible before, according to two people familiar with the changes.

The new measures do not affect party members’ eligibility for other kinds of visas, such as immigration or employment. The State Department spokesman added that no current visas would be revoked as a result of the policy changes. The spokesman made his comments after The New York Times reported on the new limits.

The new visa rules add to the conflict, now years long, between the two countries on trade, technology and much else. Coming in the twilight of the Trump administration and aimed squarely at China’s ruling elite, the visa restrictions and the likely Chinese response will be yet another challenge to President-elect Joseph R. Biden Jr., who is inheriting a U.S.-China relationship that is in its worst state since the normalization of diplomatic ties in 1979.

While some might hope for a reset of relations from Mr. Biden, his views on China have hardened since he was vice president under President Barack Obama. Mr. Biden appears to be committed to leaving in place many of the tough measures taken by the Trump administration, including tariffs and restrictions on Chinese technology.

By Paul Mozur and Raymond Zhong