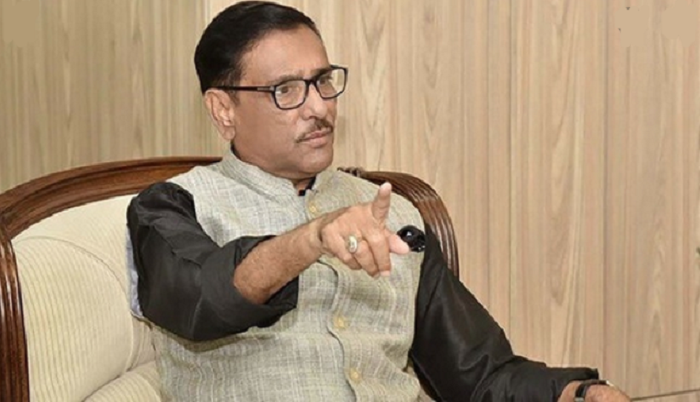 Awami League General Secretary and Road Transport and Bridges Minister Obaidul Quader said on Friday BNP is out to hatch different anti-country conspiracy after being jealous of the country’s unprecedented development under the leadership of AL government Sheikh Hasina.

“The country is witnessing remarkable progress under the Awami League government. But the opposition didn’t extend any thanks to the government rather they criticized government efforts,” he told a facemask distribution ceremony at the party president’s Dhanmondi political office.

Under the initiatives of the AL’s relief and social welfare affairs sub-committee, facemasks were handed over for distribution among the leaders and workers of AL’s associate bodies.

The minister joined the function through a videoconferencing from his official residence on parliament premises.

“Witnessing the development and progress, BNP becomes jealous,” he said.

Quader said AL never wants to make quarrel with anybody in a deliberate way but if anyone carries out attacks on the party, it could give a befitting reply.