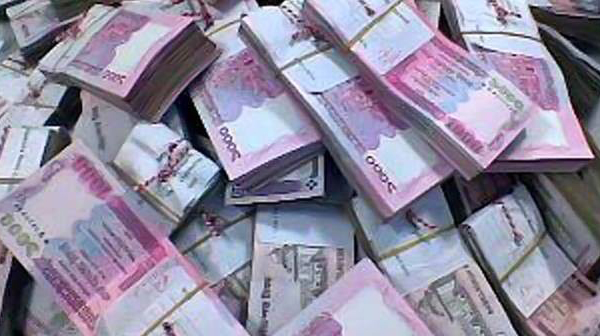 The government’s bank borrowing has declined by Tk 9.45 billion in the first four months of the current fiscal year compared to the same period last fiscal.

A rise in the sale of saving certificates has helped the government curb its bank borrowing, economists have said.

It means that bank borrowing has decreased by Tk 9.45 billion and the money has remained in banks to invest in the private sector, sources said.

Central bank officials and bankers say the government's borrowing from banks has declined as sales of savings certificates have increased.

“As interest rates on savings and other investments are high, people have become more interested in investing in saving tools instead of keeping money in banks. As a result, the average deposit rate in the banking sector fell to 4.69 per cent in August,” a managing director of a state-owned commercial bank told the Daily Sun.

During the July-September period of FY 2020-21, net sales of savings certificates increased by 148 per cent compared to the previous financial year.

An official of BB said the government has received funding from various autonomous, semi-autonomous and government institutions in addition to increasing sales of savings certificates.

As a result, the government has been able to meet the deficit without relying only on the banking sector, he said.

Dr. ABM Mirza Azizul Islam, a former adviser of a caretaker government, said a reduced dependency on bank borrowing is a good sign for the economy and if the money supply is increased, the banks and financial institutions have to focus on private sector investment, which is very essential in this context.

The government’s bank borrowing may rise with the easing impact of Covid-19 pandemic and resumption of normal activities of development activities, he said.

Ahsan H. Mansur, Executive Director of the Policy Research Institute of Bangladesh (PRI), said in the current context, the central bank is supplying the essential money to the government, which is a very positive trend for the economy.

The central bank has released about Tk 600 billion in the money market, so private banks have sufficient liquidity for investment in the industrial sector, he said.

“The government has received some foreign financial assistance in recent months that also helped reduce the demand for bank borrowing,” Mansur added.