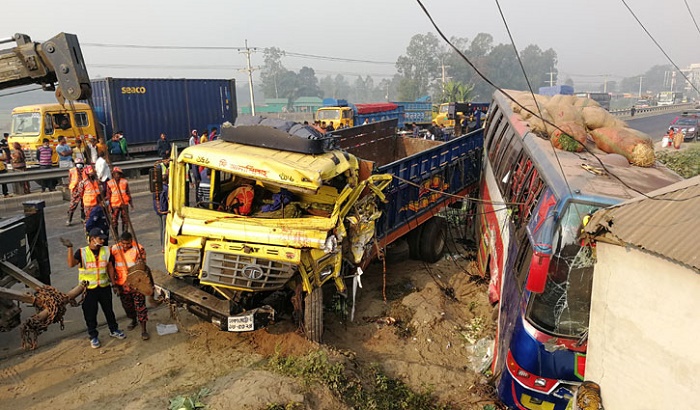 At least six people were killed and five others injured after a truck hit a bus in Mirzapur upazila of Tangail on Friday morning.

The identities of the deceased and injured could not be known yet.

Confirming the news, Sayedur Rahman, officer-in-charge of Mirzapur police station, said that the Dhaka-bound speedy vegetables-laden truck hit the stranded passenger bus of ‘Seba Classic Paribahan’ on Dhaka-Tangail highway around 7:00 am, leaving 4 dead on the spot and seven others injured.

Later, the injured were taken to Kumudini Hospital where duty doctor decaled two of them dead, he said.

Five others injured are being treated at the hospital, he added.