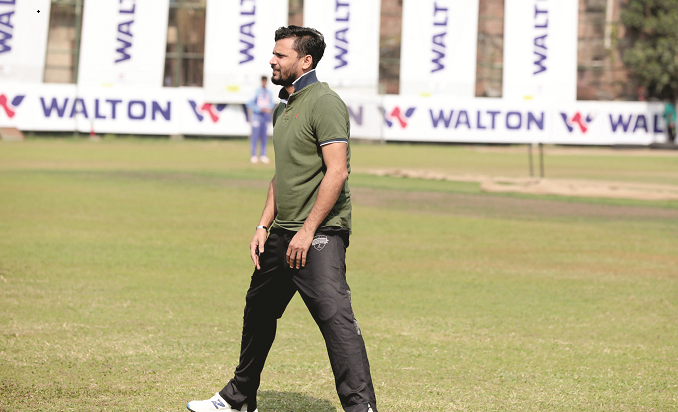 The Daily Sun understands that Fortune Barishal had shown interest while Gemcon Khulna also revealed that they are also planning to rope him in.

“We have sent an email to BCB for Mashrafe and waiting for a reply from the board,” a top official of Barishal told The Daily Sun on Thursday and later Khulna joined the race.

“Mashrafe is a star and naturally we are interested. We have emailed the board for him and now they (board) will decide on what to do if other teams also show interest in him,” Khulna manager Nafees Iqbal told reporters at BCB Academy premises on Thursday.

“As his name was not in the draft, all the five teams have the right to include him,” he said.

BCB initially did not include Mashrafe in the draft list due to his knee injury but have confirmed that he can be hired outside the draft in the ongoing competition if he is deemed fit. Earlier, Mashrafe did not participate in the BCB President's Cup after testing positive for corona.

Bangabandhu T20 Cup Technical Committee Chairman Jalal Yunus said that they will put Mashrafe’s name in a lottery as two teams are ready to bring him in their squad.

“If more than one team is interested in him, we will put his name in lottery because there should be a level playing field for all the sides,” said Jalal on Thursday.

“First he (Mashrafe) has to inform us that he is fit to play and later we will decide on our next course of action,” he said.

BCB trainer Tushar Kanti Hawlader, who was supervising Mashrafe during the individual practice session, admitted the fact that Mashrafe was overweight but added that the veteran pacer can attain match fitness soon.

“The way he is practicing, it will not take time for him to get back his fitness. If he wants to play he will play because if he feels he can manage these four overs with this fitness, he can play,” Tushar told reporters after watching him closely in the nets and fitness drills.

Whether Mashrafe will be picked by any team or not is uncertain but the former skipper is certainly running out of time to prove his worth ahead of the home series against West Indies. Having already quit T20Is, Mortaza will have to show that he still has it in him to make it to the ODI squad under Tamim Iqbal.